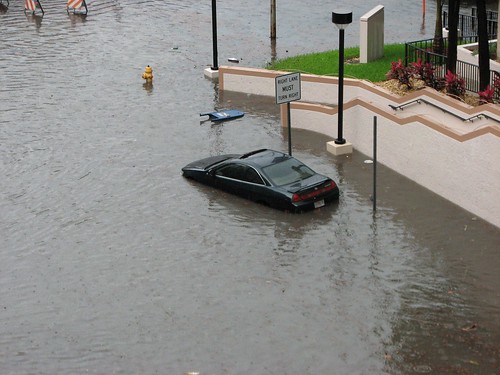 A selection of 10 links for you. Unsafe without adult supervision. I’m charlesarthur on Twitter. Observations and links welcome.

Advertisers I’m seeing on this page include Air China, King Soopers, TruthFinder, Grammarly, and App Annie (all via Google), Norton (via Conversant), Spoutable, and of course the Revcontent clickbait ads.

The creation and distribution of fake and misleading news and disinformation is being financed by these ad networks. It’s almost impossible for an advertiser to audit this effectively, so my guess is most advertisers don’t care yet about being on these kinds of sites alongside fake news.
When display advertising exchanges and networks were flooded by lots of new low-cost traffic from piracy/download sites 5+ years ago, for the first year or two they were full of ad networks arbitraging brand advertising, until advertisers and their agencies eventually forced accountability and action (even still, arbitrage and redirection of this traffic through hidden iframes) persisted and still does.

Perhaps it takes a while for the screenshots to filter up through the ad agency-industrial complex to arrive in the email inbox of some CMO or SVP of Marketing at the client, or for self-same SVP to visit those questionable sites from a shared link, their own retargeting cookies making sure they see their own brand on the site…

But it’s going to happen, and once big brand advertisers do care about fake news, so will the rest of the ad ecosystem follow.

“Uncertainty is bad for ad spending growth,” said Jonathan Barnard, head of forecasting for Zenith, an ad buying and research arm of Publicis Groupe. Still, he said there will not be an “apocalyptic pullback” and just how much contraction occurs depends largely on how the economy performs and what specific moves the new administration makes.

If Mr. Trump follows through on some campaign promises such as his pledge to overhaul trade treaties and deport illegal immigrants then “we could see a slowdown in economic growth, which will hurt ad spending, Mr. Barnard added.

Any policy affecting the auto industry could have major ramifications since the sector is the largest driver of ad spending in the U.S. Mr. Trump has threatened to slap 35% tariffs on cars imported from Mexico.

“It’s plausible that if tariffs are applied there will be a countrywide impact but there are also specific sectors that may be punished like autos,” and that could hurt ad expenditures, said Brian Wieser, senior research analyst at Pivotal Research Group. “It depends on policy and that is a massive wild card right now.”

Well golly.
link to this extract

Taylor Stanton of Slice, which looks at the emails landing in peoples’ inboxes:

The new MacBook Pro is here, and Slice Intelligence reports that in the first five days of availability online, the latest model generated over seven times the revenue that the MacBook 12-inch did during its April 2015 launch. The new model’s sales already equal 78% of all the revenue generated by the MacBook 12-inch since it became available, and has accumulated more revenue than any other laptop this year.

This successful launch may be luring those who have abandoned Apple back to the brand. Touch-screen technology has been deployed by other laptop brands for years and shoppers looking for the newest technology would have to move away from Apple to try the new tech.

Surface Book looking a bit poky there. But it’s taking the top end of the Windows market.

In 1876, opponents of Rutherford B. Hayes spread the rumor that he had shot his own mother. In 1928, supporters of Herbert Hoover started spreading rumors that (the Catholic) Al Smith was connecting the newly built Holland Tunnel in NY all the way to the Vatican so that the Pope would weigh in on all Presidential matters. In 1952, Dwight Eisenhower supporters distributed pamphlets claiming that his opponent, Adlai Stephenson had once killed a young girl “in a jealous rage.”

In fact, it’s likely to make things even worse. Remember the mostly made up “controversy” about Facebook suppressing conservative news? Remember the outrage it provoked (or have you already forgotten?). Just imagine what would happen if Facebook now decided that it was only going to let people share “true” news. Whoever gets to decide that kind of thing has tremendous power – and there will be immediately claims of bias and hiding “important” stories – even if they’re bullshit. It will lead many of the people who are already angry about things to argue that their views are being suppressed and hidden and that they are being “censored.” That’s not a good recipe. And it’s an especially terrible recipe if people really want to understand why so many people are so angry at the status quo.

Telling them that the news needs to be censored to “protect” them isn’t going to magically turn Trump supporters into Hillary supporters. It will just convince them that they’re even more persecuted.

Web of Trust has been offering a “Safe Web Search & Browsing” service since 2007. The WOT browser extension, which is available for both Firefox and Chrome, uses crowdsourcing to rate websites based on trustworthiness and child safety.

However, it turns out that the Web of Trust service collects extensive data about netizens’ web browsing habits via its browser add-on and then sells them off to various third party companies.

What’s extremely worrying? Web of Trust did not properly anonymize the data it collects on its users, which means it is easy to expose your real identity and every detail about you.

The WOT Privacy Policy states that your IP address, geo-location, the type of device, operating system, and browser you use, the date and time, Web addresses, and browser usage are all collected, but they are in “non-identifiable” format.

However, NDR found that it was very easy to link the anonymized data to its individual users.

This data belonged to just 50 users, and WOT has more than 140m users.

Door to empty stable, consider yourself bolted.
link to this extract

A research team led by Fabrizio Carbone at EPFL has now carried out an experiment with a clever twist: using electrons to image light. The researchers have captured, for the first time ever, a single snapshot of light behaving simultaneously as both a wave and a stream of particles.

The experiment is set up like this: A pulse of laser light is fired at a tiny metallic nanowire. The laser adds energy to the charged particles in the nanowire, causing them to vibrate. Light travels along this tiny wire in two possible directions, like cars on a highway. When waves traveling in opposite directions meet each other they form a new wave that looks like it is standing in place. Here, this standing wave becomes the source of light for the experiment, radiating around the nanowire.

This is where the experiment’s trick comes in: The scientists shot a stream of electrons close to the nanowire, using them to image the standing wave of light. As the electrons interacted with the confined light on the nanowire, they either sped up or slowed down. Using the ultrafast microscope to image the position where this change in speed occurred, Carbone’s team could now visualize the standing wave, which acts as a fingerprint of the wave-nature of light.

Myron Ebell, director of the Center for Energy and Environment at the conservative Competitive Enterprise Institute, is spearheading Trump’s transition plans for EPA, the sources said.

Ebell is a well-known and polarizing figure in the energy and environment realm. His participation in the EPA transition signals that the Trump team is looking to drastically reshape the climate policies the agency has pursued under the Obama administration. Ebell’s role is likely to infuriate environmentalists and Democrats but buoy critics of Obama’s climate rules.

Ebell, who was dubbed an “elegant nerd” and a “policy wonk” by Vanity Fair, is known for his prolific writings that question what he calls climate change “alarmism.” He appears frequently in the media and before Congress. He’s also chairman of the Cooler Heads Coalition, a group of nonprofits that “question global warming alarmism and oppose energy-rationing policies.”

Perhaps Ebell would like to put his money where his mouth is by moving to Miami Beach. (It’s reached via a causeway just off Miami.) Also: natural processes don’t care whether you believe in them or not. They’ll occur regardless.
link to this extract

Spare wireless spectrum leftover from the digital TV switchover will be used to improve broadband access on the Scottish island of Arran.

The rollout, the first of its kind in Europe, will be used to improve broadband speeds for the island’s 5,000 residents. It’s hoped the use of TV white space can help bridge the urban-rural broadband divide and better connect the UK’s more remote communities.

The technology is being rolled-out through a partnership between internet firm Nominet and broadband campaign group Broadway Partners. TV white space has been trialled and teased as a potentially useful technology ever since vast swathes became available when the UK completed its move to digital TV in October 2012.

As TV white space is near-ubiquitous, and easy to access, it doesn’t require expensive additional infrastructure to launch new services on it. The commercial roll-out on Arran will, according to Nominet, bring relatively high data-rates across the island.

For many months, Twitter has been trying to reshape itself as a growing social media service. That attempt now includes reshaping the company’s top ranks.

On Wednesday, Twitter said that Adam Bain, its chief operating officer, plans to leave the company. Mr. Bain was well liked by Wall Street for building up and running Twitter’s once fast-growing advertising business.

Many of Mr. Bain’s duties and his direct lieutenants, including those who manage ad sales and partnerships with marketers and broadcast media companies, will be under the purview of Anthony Noto, Twitter’s chief financial officer. Mr. Noto will take on the chief operating officer title, and Twitter said it would begin a search for a new chief financial officer.

“The past six years have been incredible, and I’m inspired by what Twitter has become and what it will be in the future,” Mr. Bain said in a statement.

I don’t feel that this is an encouraging sign, and certainly not for those remaining at Twitter. Bain had been there since 2010. Noto has been there since 2014. Expect more job cuts and more aggressive attempts to monetise tweets. I get the feeling that the horizon of Twitter’s ambitions has shrunk dramatically in the past six months.
link to this extract

updated documentation from Google clearly wants smartphone makers to stick with the USB Power Delivery standards that are used on its own Pixel phones:

Type-C devices are STRONGLY RECOMMENDED to not support proprietary charging methods that modify Vbus voltage beyond default levels, or alter sink/source roles as such may result in interoperability issues with the chargers or devices that support the standard USB Power Delivery methods. While this is called out as “STRONGLY RECOMMENDED”, in future Android versions we might REQUIRE all type-C devices to support full interoperability with standard type-C chargers.

That last sentence should be a pretty clear warning that Google could clamp down on these outside fast charging technologies offered by Qualcomm, OPPO, MediaTek and others in the near future.

Perhaps also lookin’ at you, Samsung 🔥🔥🔥. However: on what basis does Google get to dictate this?
link to this extract