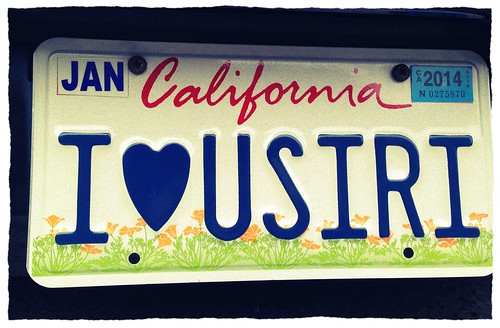 No, you’re meant to use it in your house. Photo by Global X on Flickr.

A selection of 10 links for you. Because reasons. I’m charlesarthur on Twitter. Observations and links welcome.

Nothing but the truth • The Marshall Project

Gabriel Campos-Martinez — 35, unassuming, and dour, with a shock of black hair and an intense stare — had been living with Medellin for about six months, and everything about his story raised suspicion. He told police that Medellin woke up one December morning and said he was leaving for Mexico, and that was the last Campos-Martinez had seen of him. But police could find no evidence that Medellin had gone anywhere in the weeks before the gruesome discovery — no ticket purchases, no gas station visits on his credit card. They learned that someone had transferred Medellin’s Social Security direct-deposit to an account controlled by both Medellin and Campos-Martinez. The latter’s browser history showed searches for diamond and gold websites, which made the cops wonder whether he’d been trying to sell some of Medellin’s belongings. Then there was the article that Campos-Martinez had apparently viewed online on December 27 — the last day Medellin was seen alive — about the best way to dismember a human carcass. All that evidence, however, was maddeningly circumstantial. A search of the Hollywood apartment the two men had shared turned up very little: no murder weapon, no incriminating physical evidence. Their interrogations didn’t yield much either.

It’s a deep dive into how US police have changed interrogation techniques. You can read pretty much the same piece (though with a different example) in the New Yorker from 2013. Either is fascinating. My key takeaway? Liars find it hard to tell their made-up story in reverse chronological order, and lack detail.

So, you can already do a lot in a Tweet, but we want you to be able to do even more. In the coming months we’ll make changes to simplify Tweets including what counts toward your 140 characters, so for instance, @names in replies and media attachments (like photos, GIFs, videos, and polls) will no longer “use up” valuable characters. Here’s what will change:…

Two biggest changes: @names won’t be part of the character count (include up to 50 people in your Twitter canoe! To 48 peoples’ annoyance!) and @-replies will be visible to everyone, not just those who follow the @-replied person and yourself. The latter is a reversion to how Twitter worked before May 2009.

You might start seeing more ads when getting directions from Google’s popular mapping service. The ads, called “promoted pins,” will highlight restaurants and other merchants located along your way. They’ll show up inside the directions map as Google routes you to your destination. Google has displayed text ads alongside its online maps for several years. But the change announced Tuesday marks the first time the Internet company has inserted the equivalent of a digital billboard into the directions map itself. Google is importing the concept to its Maps app from Waze, a smaller traffic-navigation service that the company also runs. Google Maps boasts more than 1 billion users worldwide, but not everyone will see the new ads right away.

Images started getting ads a few weeks ago. Once ads come in, it’s irreversible. Choose for yourself whether you want to view companies’ reliance on them as an addiction, or an infection (along the lines of a retrovirus which inserts itself into the DNA – like HIV).

Apple hopes to make the Siri SDK available in time for its annual conference for developers in June. To work with Siri, the third-party apps will need some kind of search-query box that Siri could fill with the user’s verbal request once the app is accessed. It’s unclear what would happen if an iPhone or Apple Watch owner had multiple apps that did the same thing, like Uber and Lyft, and then asked Siri to “book me a ride home.” (Don’t bother asking Siri to book an Uber ride today; the results are typically terrible.) An Apple spokeswoman declined to comment. As for its Echo-competitor, Apple has been working on the device since long before the $180 Echo launched in mid-2015, according to a person with direct knowledge and another person briefed on the project. The Echo has been a surprise hit even among some non-tech-savvy English speakers. Like the iPhone already does today, the Web-connected Apple speaker in development would allow people to turn on/off or change settings for home appliances and other devices that support Apple’s “HomeKit” software, says the person with direct knowledge of the project. Such items include lights, sensors, thermostats, plugs and locks. Making a speaker won’t be a stretch for Apple—it has made speakers before, including speakers designed for the iPod music player.

Oddly enough, I was listening today to John Gruber’s Talk Show with Rene Ritchie, where both these ideas were discussed: Ritchie suggested the Echo idea had been one path that Apple tried with the Apple TV in experimentation. My question is, what use is a voice-operated gewgaw if you don’t have internet lights etc?

On Monday, hordes of angry Windows users pelted Microsoft with complaints about being lured into upgrading their PCs over the weekend. For months, Microsoft has been urging users running Windows 7 and Windows 8.1 to upgrade to Windows 10 before the free offer expires on July 29. But the series of dialog boxes and other messages that Microsoft has sent users have become increasingly deceptive, burying the opt-out links amid text that appears to commit users to the upgrade. Normally, closing the dialog box by clicking the red box in the upper righthand corner automatically opted out. Over the weekend, clicking that red box started opting users in to the upgrade. That not only flies in the face of years of user-interface design, it contradicts Microsoft’s own advice for dealing with suspicious dialog boxes. “Never click ‘Agree’ or ‘OK’ to close a window that you suspect might be spyware,” states Microsoft’s page on viruses and malware. “Instead, click the red ‘x’ in the corner of the window or press Alt + F4 on your keyboard to close a window.”

The explanations of how to opt out are like one of those text Adventure games: you’re in a twisty passageway, with taskbar popups behind and in front of you.

Samsung is done with the Android Wear OS • Fast Company

It was at Google I/O two years ago that Samsung announced its Gear Live smartwatch (now discontinued) running the Android Wear OS. Two years later the collaboration is over. Samsung executives told Fast Company today that no more Samsung Android Wear devices are in development or being planned. The executives said Samsung’s own Tizen OS, used in almost all the company’s wearables now, is far more battery-efficient than Android Wear. Also, Tizen is becoming the standard OS on other Samsung products from TVs to refrigerators, the executives said.

One is slightly tempted to call Android Wear a little bit dead (even though Android Wear 2 brings a keyboard! For a watch!). By my calculations, in the past week it crossed a lifetime install figure of 4m, based on the number of downloads from the Google Play Store.

For outlets like The Daily Caller, The Huffington Post, The Washington Post or The New York Times — for whom Facebook’s audience is vital to growth — any algorithmic change can affect how many people see their journalism. A cautionary tale came in 2014. The news site Upworthy was successfully surfing the Facebook formula with click bait headlines that won many eyeballs. Then a change in the Facebook algorithm punished click bait, which can tend to overpromise on what it links to. Steep traffic drops followed. (Upworthy has recovered, in part by relying on more on video.) Throughout the media, a regular guessing game takes place in which editors seek to divine how the Facebook formula may have changed, and what it might mean for them. Facebook will often give general guidance, such as announcing last month that it had adjusted its programming to favor news articles that readers engage with deeply — rather than shallow quick hits — or saying that it would give priority to live Facebook Live videos, which it is also paying media companies, including The New York Times, to experiment with.

News outlets as rats in Skinner boxes. So much for the internet as the great leveller which would allow anyone to flourish.

The car took control with the click of a button. Mathew Priest, the Uber employee in the driver’s seat who was no more than a passenger at this point, took his hands off the wheel and foot off the pedal as the car drove itself east on the 31st Street Bridge. The Ford Fusion slowed to a stop behind several cars at a red light and turned left onto River Avenue. Uber is testing its fleet of self-driving cars on the streets, bridges and hills of Pittsburgh, the ride-sharing company confirmed Wednesday. The San Francisco-based firm has said little about its progress in developing autonomous vehicles since it opened the Advanced Technology Center 15 months ago in Pittsburgh’s Strip District. John Bares, head of Uber’s Pittsburgh lab, took a Tribune-Review reporter on a ride in a Fusion hybrid that drove itself for portions of the trip. It was the first time Uber allowed a member of the media to ride in a test car in self-driving mode, he said.

Autonomous cabs? Very Total Recall. Uber is thinking just over the horizon, and this is it bringing that closer.

A publication in Pakistan is taking an aggressive approach to stressing the importance of press freedoms—by helping readers better understand the unpleasantness of having their own words inverted. The Daily Times and agency Grey Singapore wanted to drive home the dangers of censorship with their “Free My Voice” campaign. They wrote an algorithm that automatically flipped the meaning of commenters’ posts, and applied it to comments beneath a controversial article about the Islamic country’s blasphemy law (which includes such punishments as life imprisonment for desecration of the Quran—but often finds accused parties murdered before their trials are complete). Commenters praising the article or its subject automatically found themselves criticizing it, and vice versa, with the site changing their intent over and over. Eventually, the gimmick bounced them to a landing page for the publication’s campaign, where they could sign a petition supporting it, or donate.

This is AWFUL. No, I meant AWFUL. Dammit – I typed AWFUL.

How to recover from an Alpha ransomware attack • Graham Cluley

Alpha is the third ransomware to ask for gift cards as ransom payment in recent weeks. Last week, I reported on TrueCrypter and Cyber.Police, two ransomware variants which asked that victims pay them in Amazon and iTunes gift cards, respectively. Both TrueCrypter and Cyber.Police suffered from design flaws which largely rendered them as little more than a nuisance. It would appear the same is true for Alpha. A bug in the ransomware’s code prevented the emails to which victims are supposed to send payments from being listed. But that doesn’t even matter anymore. Michael Gillespie has since spotted a more significant coding vulnerability, which he has used to develop a decryption tool for the ransomware. Any victim who has been affected by Alpha should download Gillespie’s utility here.

The choice of notionally untraceable gift card codes rather than the notionally untraceable bitcoin suggests that either bitcoin’s value has been too variable (unlikely – it’s ransomware, who cares about the precise value?), or victims have found it too hard to get bitcoin accounts (possible), or that it’s just a lot less hassle to sell gift card codes than bitcoin. Leaning toward a mixture of the last two.