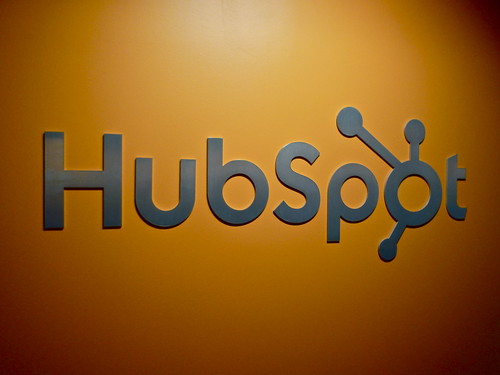 Lord knows technology journalism needs Dan Lyons, who is – as one of his managers at the bizarre cult-like CRM-spam company Hubspot observed – “acerbic”. (Could have been worse: could have been “caustic”.)

For years, before and during and since his most famous creation, the Fake Steve Jobs blog, Lyons has been lampooning and criticising and generally getting up the noses of people who are too pompous about all this stuff. He sees that tech is important, but also that the people who bring it to us, who sell it to us, too often are hucksters who a century or so earlier would have literally been selling snake oil. He sees it, and he calls bullshit. (Here he was calling bullshit on a metric tonne of “tech journalism” back in 2012.)

So when Newsweek fired him, out of the blue, as he was hitting his 50s, with a wife and two young children to support, journalism’s loss was going to be marketing’s gain. Wasn’t it? Lyons found a job at Hubspot, a company which basically legitimises email spam mixed with content farming, and where it feels – he feels – dammit, everyone feels – as though he was hired in order to pimp the company’s reputation as it prepared to ramp up towards a stock market flotation. Look, they hired Fake Steve! Wait, though – can you be in marketing if you’re acerbic? Aren’t they a kinda chalky-cheesy sorta thing? That nobody in Hubspot quite engaged with this question is a clue to the sort of company it is.

Lyons’s account of his experiences is by turns hilarious, scary, thoughtful, and insightful. It begins with his first day where literally nobody seems to be expecting him, through the dysfunctional middle management, to the dysfunctional upper management (two top people greenlight one of his ideas, which is then completely denied by everyone below; Lyons made the fatal error of not having a fourth person in the room to witness the greenlighting). There’s the ridiculous language (when someone is fired or quits, the company says they’ve “graduated”) and yippy-yi-yay upbeat jargon. The ultimate irony, or contradiction, or paradox – pick all that apply – is that a company which allegedly sells software that means you don’t have to chase sales leads (because with their blog software, the sales leads come to you!) has a huge boiler room of just-graduated recruits hammering the phone lines to small businesses, trying to sell them exactly that software.

Sometimes it’s just the little details that are best. I was literally gasping for breath and crying tears of laughter when reading about the idiocy of the Blog Topic Generator, where you put in three nouns and get inspirational ideas for blog post topics, created by someone who thought Miley Cyrus was the shiznizz. Of course, it’s only as inspirational as your nouns; the nurse who used it early on to try to create topics for Cervical Cancer Awareness Month got
WHY WE LOVE CERVICAL CANCER (AND YOU SHOULD TOO!)
and
MILEY CYRUS AND CERVICAL CANCER: 10 THINGS THEY HAVE IN COMMON

“These headlines are so good I want to print them out in 72-point headline face and paste them on the wall. The BTG is never spoken of again. But it remains online because, as one manager tells me, if they take it down that might hurt [BTG creator] Ashley’s feelings. Six months later Ashley gets a promotion.”

“Why we love crack cocaine (and you should, too!)” deserves some sort of prize, no?

(And just pause a moment to consider the idiocy of those templates. “What Will X Be Like In 100 Years?” Who cares? Isn’t it obvious that we’ll all be dead?) For Lyons, the divide is thus irrevocably drawn between the old, acerbic journalist who has seen ships go down with all hands, and the new-to-work marketing drones who must be protected from criticism because, apparently, their egos are so fragile. It’s a Rubicon of sorts.

It’s not all fun and games, though. After a while the corporate culture starts to turn against Lyons – who at 52 is twice the age of the average Hubspot employee. And then he starts to discover the subtle thing about discrimination (in his case, age):

Yet I know what I feel. I know that when I look around, there are not many people like me. Sure, I’m not being picked on or actively persecuted. And these tiny slights and offhand remarks are not very significant when taken in isolation. But when you put them together they add up to… something.

That sounds like a portrayal of how it feels to be in a discriminated minority – whatever flavour that minority might be. Lyons points out how the hire-easy-fire-easy practices, and remarkable youth of so many of these disposable recruits, means that the culture is reinforced. And, in passing, he notes how so many people who find themselves washed up once they’re past 50 – can’t get a job, can’t seem to get back on the ladder – must feel. (Though Lyons isn’t a Trumpista by any means, you get an insight into the cause of that displaced group’s howling across the darkening waters.)

There are four other important themes that the book highlights. First is how tech companies dress up the trivial benefits they offer their staff. A wall of candy! “I’d rather have the money,” Lyons says, to astonished silence from the other staff, who don’t feel that way at all. And no limits on vacation time! But as Lyons points out, that means that they don’t have to compensate you for untaken vacation time when they fi– I mean, when you “graduate”.

Second, there’s no job security. These are companies with huge amounts of funding, but they’re not what you’d really call “businesses”. The venture capital flood, pumped by quantitative easing (which has lowered bond yields, and so pushed people with money to seek better returns), has created a raft of companies which have no sustainable business model, and whose owner/managers are far from experienced. It’s a world away from the paternalistic model of companies in the 1950s/60s/70s, where if you worked for them, they’d stand by you.

Third, the allocation of shares means that the people at the top of the company are disproportionately rewarded – sometimes ahead of the company itself. (After its IPO, a tranche of Hubspot shares were sold in the market; most came from insiders, while the lossmaking company’s balance sheet was barely propped up.)

Fourth, these companies are spectacularly unprofitable. Lyons goes to Salesforce’s Dreamforce conference, which seems to occupy all of downtown San Francisco. Salesforce is a company that’s terrific at not making a profit. Yet each time it loses money, as Lyons observes, founder Marc Benioff seems to get richer. Hubspot has never made a profit as a public company, and never did as a private one. So who’s bearing that cost? Not the VCs: they got their money back, and more, at the flotation.

No, the people bearing the cost now are banks which extend lines of credit and shareholders who put their money in. Where does that money come from? The people who actually work at businesses and put their money into banks, or who have pension plans.

In other words, the price of these bubble companies is borne not by the venture capitalists, but by the ordinary public – the same people who bore the price of the bank crash back in 2008-9. I realise that in looking at the piffling losses of smartphone OEMs I’ve been looking in the wrong direction. It’s the losses of these stupid software companies – the Salesforces, the LinkedIns, the Groupons – which is more relevant. They’re not going to change the world, but their internal culture and self-assured idiocy is changing the world of work – and not in a good way.

There’s a wonderful epilogue. Hubspot prides itself on its culture, which says it is HEART – “humble, effective, adaptable, remarkable and transparent”. Except.. in July 2015 Hubspot’s board fired Mike Volpe, its chief marketing officer, “in connection with attempts to procure a draft manuscript of a book”. Guess which one.

What exactly did Volpe do? Cofounder Dharmesh Shah and CEO Brian Halligan won’t say, despite all that “transparency” guff. Here’s the quote from Betaboston:

Shah and Halligan said they have promoted an open and transparent corporate culture, which includes the motto “Sunlight is the best disinfectant.” The book incident was “a failure in one specific situation,” Shah said, not “a failure of HubSpot’s culture.”

You don’t think you might be failing a teensy bit at the “transparency” part? The FBI, at least, is better at that game: an FOI request by Lyons and the Boston Globe elicited the following from the FBI after its investigation:

The FBI memos say that Lyons’ book was seen by some at HubSpot as not only a potential embarrassment but “a financial threat to HubSpot, its share price, and the company’s future potential.”

The documents also say there was an effort “to obtain sensitive information on individuals with access to the book’s transcript, or control of the publishing deal. The information found was then used as leverage in an attempt to prevent the book from reaching the market place.”

The report also mentions “tactics such as email hacking and extortion” in the attempt “to railroad the book.”

HubSpot, a marketing software company in Cambridge, announced in late July that it had fired Volpe “in connection with attempts to procure a draft manuscript of a book involving the company.”

HubSpot also said a vice president, Joe Chernov, resigned before the company could determine whether he also should be fired.

(If you look at the question on Quora of why Volpe was fired, its “followers” – those watching to see what comes up – include Shah, who is on Hubspot’s board. He knows why they fired him. Interesting meta-question: why is he watching the question?) Shah has written a more-in-sorrow-than-in-anger-style response to the book. It neatly avoids a lot of the deeper points Lyons makes. There’s also another ex-Hubspotter, who unintentionally does nothing to dispel Lyons’s assertion that Hubspot is essentially a cult with shares.

As Lyons points out, that extortion/hacking stuff adds an extra condiment of concern to this recipe of intrigue. What data did they get, or try to get from him? What did they have about him at Hubspot? Lots of these startup companies have “god” passwords that let any bozo access any account – Facebook used to, Uber did/does, who knows who else does? (This is why, by the way, you should enable two-factor authentication on important accounts. And then watch your world go to hell when your phone is stolen, of course.) So besides being cultish, inequitable, and money-sucking, we now have to add “potentially data-sucking” to the list of Things We Really Find A Bit Questionable About Hubspot (And You Should Too!)

Silicon Valley is just a dream away

Acerbic? That’s insufficient to describe this take on the modern world. You should damn well read this book. It might not take you long – I was through it in a day, because I couldn’t put it down – but it will stay with you if you’ve ever wanted the insider’s view of job security, pay inequality, the idiocy and self-delusion of internet marketers, and tech non-diversity. Or even if you just want to have a good laugh. Don’t worry, you’ll get both.

And now? Lyons is a writer for HBO’s Silicon Valley TV series, which thoroughly lampoons the startup bubble, and also back to doing journalism. Good. In a world where so many sites think that rewriting corporate blogposts about a new ad format around search results counts as “journalism”, we need him to train his acerbic eye, or mouth, or pen, on it.