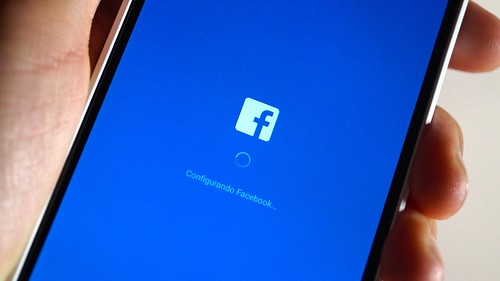 This damn thing was silently eating huge chunks of iOS time – and battery – at least until last October. Photo by edowoo on Flickr.

A selection of 8 links for you. Tested on humans for irritancy. I’m charlesarthur on Twitter. Observations and links welcome.

Not all USB Type C cables are created equal. Some charge better than others. A number ignore USB spec so much that they run the risk of actually damaging your hardware. This could happen gradually, or in the worst-case scenario, it could be instant.

Googler Benson Leung has taken on the task of going through Amazon and reviewing whichever USB Type C cables he can get his hands on. We’ve recommended a number of them in past deals, feeling confident that we’re steering readers in the direction of safe accessories. We don’t test these products ourselves, so we consider what he does a real service.

Unfortunately, Leung may be taking an extended break. After plugging Surjtech’s 3M USB A-to-C cable (the item shows up now as not available, but here’s the 1M option you’ll presumably also want to avoid) into his 2015 Chromebook Pixel and two USB-PD Sniffer devices, he says the latter failed immediately. Resetting the analyzer and reflashing the firmware did not bring the hardware back to life.

Shouldn’t there be a proper certification system for USB-C? Having to rely on one Google engineer seems barmy. Especially in light of this.
link to this extract

Tim Peterson, on a rejigging after it was realised that Facebook’s app used all sorts of trickery on iOS to make itself appear to be active (silent audio, etc) to the OS:

For comparison, total time spent in Facebook’s Android app increased by 2% and average time spent per user was flat when comparing September and November; ComScore’s Android figures are considered more reliable than its iOS figures because the firm is only able to take into account activity when the app is running in the foreground.

Amazing – Facebook’s iOS app really was the spawn of the devil in the way it abused battery life through to October 2015. (And it’s hardly innocent now.)

That up-to-October period includes a lot of testing of new iPhones “in real-life situations” by gadget reviewers, as it happens.
link to this extract

Google has quietly revamped the mobile user interface for travel-related searches. The result of the change makes it really hard to get to the organic web results once you click on the “more destinations” button. Let me walk you through the experience.

This is called “thrusting the user head-first into the sales funnel”.
link to this extract

Why the sun is setting on the Boeing 747 » The Conversation

Today, the industry has moved towards twin-engine aeroplanes such as the Boeing 777 and the Airbus A330, with three-engine aeroplanes being relatively unpopular because of the high labour costs of working on an engine bedded into the aeroplane fin. The four-engine 747 retained a clear place in the market because twin-engine planes must stay within a certain distance from an airport in case of engine failure. This allowed the 747 to achieve shorter journey times on the longest routes because it can use more direct flight paths.

However, improving engine reliability means authorities have slowly increased the distance a twin-engine airliner can fly from a runway, gradually reducing the advantage of having four engines. And of course, those newer, more reliable engines have also been bigger and more efficient.

Of course, the slowdown in 747 production doesn’t mean the original jumbo jet will disappear from our skies just yet. The latest models are much longer, bigger and operate with more modern engines and instruments than the earlier 747-100s (no longer do the crew have to take sextant readings through the cockpit roof), and the newer aircraft are likely to stay in service for at least another 20 years.

A European member of parliament has accused Uber’s European business of being “specifically designed, from the start, to reduce its tax liabilities.”

Labour’s Anneliese Dodds made the comment to Business Insider over email after we pointed out that two Dutch companies closely involved in running Uber’s UK business had no employees for up to a year after it launched here.

Uber employed eight people in its Amsterdam offices in 2013. But the corporate entity that immediately controlled the UK operation had none.

*grinds teeth* We’re now at the stage where if an American tech company pays more in tax than the average Briton we’re shocked.
link to this extract

what should worry Twitter isn’t the value of its stock. (USA Today reported that, given its cash reserves, the service could run for another four hundred and twelve years with current losses.) What should worry Twitter is irrelevance, and there is growing data to suggest that that is where the company is headed. If Twitter’s real-time feed is its most powerful asset (and it is), it’s not difficult to see a future in which Instagram, Facebook, Snapchat, or even a newcomer like Peach (yes, I am citing Peach) focus enough on real-time news that they obviate the need for Twitter’s narrow, noisy, and oft-changing ideas about social interaction. Considering the fact that Kevin Weil, the head of product, left the company to join Instagram, it’s easy to imagine that service mutating or bifurcating into a speedier, more social platform for sharing links and having conversations. And, for many users—particularly young users, according to a recent survey—Snapchat is already their most important destination. We live in the Age of the Upgrade, and the generation raised on the Internet is the most fickle of brand champions: it loves something passionately, until it doesn’t. Then it moves on.

Ultimately, Twitter’s service is so confused and undifferentiated in the market that it’s increasingly difficult to make a clear case for its existence.

That’s not quite right; it’s more that lots of other services have come along and do similar things (text, pictures, links) but Twitter has always had the focus on The Moment – that it is the place where you see the world unfold, if the world cooperates. Nowhere else can do that.
link to this extract

Why Alto’s Adventure will be free on Android » The Verge

According to both [Ryan] Cash [of development company Snowman] and Noodlecake’s Ryan Holowaty, one of the main reasons they decided to make the game free on Android is piracy. “Piracy on Android is a much bigger issue on the platform especially in the case of premium iOS titles that charge more than $0.99,” Holowaty explains. When Noodlecake ported iOS game Wayward Souls to Android, for example, the studio found that only 11% of installed copies of the game were paid for. The studio even uploaded a special version of its game Shooting Stars on a number of torrent sites as an experiment, one that couldn’t be completed if you were playing a pirated copy.

There were also factors outside of piracy that contributed to the decision. “It made sense to us because of the state of mobile gaming and the reality that the vast majority of players do not pay for games,” says Holowaty. “In addition, Android has a much larger install base than iOS internationally, and games that release in countries like China and Japan are basically free-to-play only at this point. So to really capitalize on the market internationally, it made sense to have a free version.”

That’s Alto’s Adventure, which was released 12 months ago on iOS. Does anyone monitor how long it takes games and other non-platform apps to reach Android from iOS?
link to this extract

Malware robots — “bots” in advertising jargon — are estimated to sit on 10 per cent of home computers in the US, browsing away in the background while the owners do other things, or sleep.

Second, the world of programmatic advert buying and selling is highly automated and bafflingly complex, filled with layers of intermediaries doing slightly different things for commissions. An advertiser places adverts through an online network contracted by its media buying agency. The network may find inventory on which to place them on an exchange such as Google’s DoubleClick Ad Exchange, into which thousands of publishers plug.

That is the simple version. There are more obscure ways to do it, enabled by automation and the internet. The result is that no one knows everyone with whom they trade, or can be sure where ads end up being shown. This makes it easy for fraudsters to infiltrate and infect the advertising supply chain.

Third, companies are desperate. The economics of digital publishing are under severe strain, with publishers being paid small amounts for millions of page views. They need traffic and some are tempted into buying it from brokers that can mysteriously rustle it up. Such publishers look the other way rather than delving too deeply into where the traffic comes from.

I’m currently reading The Big Short, Michael Lewis’s book about the people who realised – slowly but with growing horror and delight – that the bond market built around US subprime mortgage loans was unsustainable, and began to bet against it (“shorting” it). The film derived from the book is fabulous. Go and see it.

Reading the book, you try to think like those people: to look for opportunities in giant, unsustainable businesses whose precise workings aren’t really understood and whose collapse is inevitable, yet which the participants (with an interest in its continuation) insist is fine and dandy.

The online ad business begins to look like that to me.
link to this extract