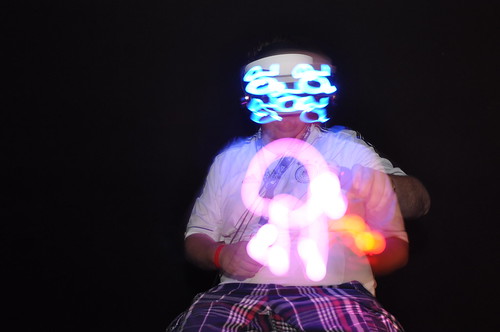 Sony’s Project Morpheus in action. But how many PCs can run this stuff? Photo by wuestenigel on Flickr.

“A smartphone can get you a ride but a car can’t get you a date,” blogged venture capitalist Fred Wilson, revealing a remarkable ignorance of the entire modern history of youth culture. “The smartphone wins.”

Wilson’s words were inspired by a November 2013 interview with another prominent VC, Marc Andreessen. America’s love affair with the automobile is over, Andreessen declared. As evidence he pointed to a putative sea change in young people’s attitudes toward cars: “Today, ask kids if they’d rather have a smartphone or a car if they had to pick and 100% would say smartphones. Because smartphones represent freedom. There’s a huge social behavior reorientation that’s already happening.” I’ve never found financiers to be reliable guides to what kids are up to, but in this case Andreessen was just recycling a view that has achieved meme status in recent years: Americans are losing their taste for driving, and that trend is particularly  pronounced among the young.

At about the same time Andreessen was opining about how young folks love their tech but don’t give a crap about their wheels, MTV was launching an extensive survey of the attitudes of millennials. The network interviewed nearly 4,000 people between 18 and 34. One of the topics discussed was cars and driving.

Now, guess whether the survey – of thousands of real people – backed up Wilson’s opinion.
link to this extract

Education and underemployment in the age of machine intelligence » Brookings Institution

Daniel Araya (a researcher and advisor to the US government):

what is the role of education in the age of machine intelligence? Even a cursory analysis of educational reform in the United States reveals a deep concern with transforming the education system in the face of systemic economic and social change. It has become painfully clear, for example, that our current education system is not equipped to mitigate the scale of labor dislocation we may soon face. In my view, the most obvious problem with U.S. educational reform today is a misplaced focus on mobilizing systems of measurement and conformity in an era that demands risk and experimentation. The underlying problem is that “factory schools” have evolved from older institutions designed for a different era.

Beyond the bureaucratic systems of the Industrial Age, students must be better prepared to leverage autonomous creativity to solve real-world problems. Beyond basic numeracy and literacy, advanced competencies that build on network collaboration, digital fluency, and entrepreneurial innovation are now foundational to economic mobility. The real challenge today, in other words, is to transform the institutional and pedagogical structures that constitute schooling. Rather than framing educational reform in terms of the needs of a mass industrial society, educational policies must now adapt to the needs of a highly disruptive computational economy.

Sure, but who’s going to tear Americans away from their block-rote testing?
link to this extract

Just 13m PCs worldwide next year will have the graphics capabilities needed to run VR, according to an estimate by Nvidia, the largest maker of computer graphics chips. Those ultra-high-end machines account for less than 1% of the 1.43bn PCs expected to be in use globally in 2016, according to research firm Gartner.

And yet IHS estimates that 7m VR headsets will be in use by the end of this year. Seems like a high penetration of those 13m PCs. (And I don’t hold out much hope for HTC/Valve’s effort to save HTC, given its $1,500 price.)
link to this extract

Gal is the former CTO at Mozilla, and was involved in its efforts with Firefox OS, so he knows his stuff:

While I am no longer working directly on mobile, a curious event got my attention: A commit appeared in the Android code base that indicates that Google is abandoning its own re-implementation of Java in favor of Oracle’s original Java implementation. I’ll try to explain why I think this is a huge change and will have far-reaching implications for Android and the Android ecosystem.

This quickly gets very complicated, hinging on the variations between the GPL, LGPL, GPLv2 and Apache licences. Read alongside this piece at Venturebeat, which has comments from Google.

Upshot seems to be: Oracle gets to dictate some future direction of Android’s Java; app developers who don’t update could see more crashes.
link to this extract

When you install TrendMicro Antivirus on Windows, by default a component called Password Manager is also installed and automatically launched on startup.

This product is primarily written in JavaScript with node.js, and opens multiple HTTP RPC ports for handling API requests.

It took about 30 seconds to spot one that permits arbitrary command execution, openUrlInDefaultBrowser, which eventually maps to ShellExecute().

(Note that you cannot read the response due to the same origin policy, but it doesn’t matter – the command is still executed).

Trend Micro reacted quickly, but it turns out this is only the first layer of a stinky security onion.
link to this extract

At present, more than 80% of them are using Microsoft’s PC operating systems and 30% to 40% of them are using the older versions of the Internet Explorer. Besides, a number of public organizations in Korea are still heavily dependent on the IE, which means they are very vulnerable to security threats. In order to be free from the concerns, users of the Windows 7 and above are required to upgrade their IE to IE 11 or use the other browsers including Chrome, FireFox and Safari.

Problems are complicated for Windows XP and Windows Vista users though. The Chrome browser is unavailable on these operating systems from April this year since Google is going to stop its security update from that month.

People think of South Korea as super-sophisticated because it has really fast broadband. But it relies on absolutely ancient browsers which are vulnerable to all sorts of malarkey. This is going to cause some big problems as they’re either forced to shift or get hacked to hell and back.
link to this extract

To know where they can click on a website, users need signifiers: perceptible clues that help them understand how to use interfaces. Blue underlined text is an example of a traditional signifier of a clickable link that even the least experienced web users understand.

In the old days of rampant skeuomorphism and realism in web design, users were generally able to rely on obvious — but often ugly — signifiers of clickability (such as glossy, raised effects on buttons, or inset shadows that made input fields appear empty). Even though these signifiers varied from site to site, users could usually rely upon two assumptions: 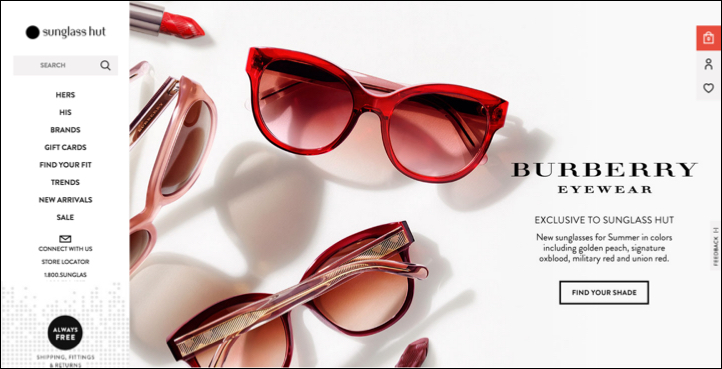 Younger users are better at figuring this stuff, but this doesn’t mean it’s good design.
link to this extract

A driverless car saved my life – no, really » Forbes

Joann Muller took a ride in Delphi’s model on the Vegas roads during CES:

One of the first things I noticed was how polite the self-driving car was. It always stayed under the speed limit, and always drove a safe distance behind the car in front of us. It was kind of annoying, frankly, in frenetic Las Vegas, where 170,000 heavily caffeinated tech freaks converged for CES, the big three-day consumer electronics show.

At a busy four-way intersection, the Audi navigated itself into a left-turn lane behind five or six other cars stopped at a traffic light. I thought the gap between us and the car ahead seemed excessive, but that’s how the car is programmed to behave. If I were driving, I would have inched way up behind the other guy’s bumper.

The traffic arrow turned green, and as the cars ahead started moving, so did we. Just as we approached the intersection to make the left turn, the arrow turned yellow and our car stopped abruptly. My Delphi guide, Nandita Mangal, explained that because the car detected stopped traffic on the other side of the intersection it did not feel it was safe to proceed on yellow, even though most drivers (myself included) are probably more aggressive and would have tried to make the light.

That point was driven home just a few minutes later when our car, now first in the left turn lane, got a green arrow to proceed. The Audi drove forward and started turning left, when all of a sudden, out of the corner of my eye, I saw not one, but two cars come speeding through the intersection from the right, running the red light. I wanted to yell “Look out!” but before I could even get the words out, the Audi slammed its brakes as the bad drivers swerved around us. If the self-driving car hadn’t detected what was about to happen and stopped, we likely would have been T-boned on the right side, and I might not be here to write this story.

It will only take a few cases like this for SDCs to be hailed at the best thing since sliced bread. Will the bad drivers (like those running the light) get them first, though? (Note too: this isn’t a Google car.)
link to this extract

China’s Xiaomi under pressure to prove value to investors » WSJ

“The competition in China’s smartphone market has intensified tremendously this year,” said a Xiaomi spokeswoman, who declined to comment on the company’s valuation or say whether it met its 2015 sales target. She said Xiaomi sales were “within expectations” and its flash sales are primarily for new phones when production ramps up.

The lack of its own high-end chip technology also proved to be a competitive disadvantage for Xiaomi last year. When early versions of Qualcomm Inc.’s Snapdragon 810 processor were reported to have overheated, it dampened sales of Xiaomi’s most expensive handset yet, the 2,299 yuan ($349) Mi Note, analysts said.

Xiaomi couldn’t fall back on an in-house developed chip to get around the problem as Huawei and Samsung did.

Xiaomi and Qualcomm declined to comment on the processor. Analysts say the problems have been fixed.

Overseas growth also has been slow for Xiaomi, with the percentage of its smartphones sold overseas in the first nine months of 2015 rising to 8%, compared with 7% in the 2014 calendar year, according to Canalys. Moreover, Xiaomi’s thin patent portfolio became a hurdle as it sought to expand in markets such as India. A lack of patents led to a court ruling that crimped its access to the crucial India market.

Hard to see now how Xiaomi isn’t Just One More Android OEM.
link to this extract

This is interesting: coming in iOS 9.3, Apple’s classroom efforts (which in the US are being invaded by Chromebooks) let pupils log into any iPad “and make it their own”, use a “Photo ID” where “each student’s picture appears on the iPad they’ve been using” and younger students can access via a four-digit PIN.

Teachers meanwhile can see what’s on any screen, launch apps across a class, and reset passwords “without calling IT”.

Wouldn’t mind having some of these for a home setting. (Via former Windows guy Steve Sinofksy.)
link to this extract