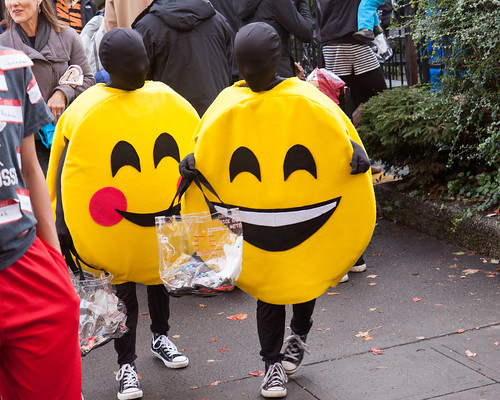 No longer big in Japan. Photo by Chris Blakeley on Flickr.

I know, you could sign up to receive each day’s Start Up post by email. But we’ll all be dead in 200 years, so why bother?

Revealed: how Google enlisted members of US Congress it bankrolled to fight $6bn EU antitrust case » The Guardian

• Google’s co-founder and CEO Larry Page met the then European commission chief privately in California in spring 2014 and raised the antitrust case despite being warned by EU officials that it would be inappropriate to do so.

• Officials and lawmakers in Brussels say they have witnessed a significant expansion of Google lobbying efforts over the past 18 months as the company faces increased scrutiny of its business activities in Europe.

• Google has employed several former EU officials as in-house lobbyists, and has funded European thinktanks and university research favourable to its position as part of its broader campaign.

Capitol Hill’s aggressive intervention in Brussels came as the European parliament prepared to vote through a resolution in November 2014 that called on EU policymakers to consider breaking up Google’s online business into separate companies.

Republican and Democratic senators and congressmen, many of whom have received significant campaign donations from Google totalling hundreds of thousands of dollars, leaned on parliament in a series of similar – and in some cases identical – letters sent to key MEPs.

Lobbying is entirely fair play; it’s only stupid not to do it. Microsoft is certainly behind lobbying efforts against Google in the US and Europe. It’s the extent, and the subtlety, that’s so striking here.
link to this extract

Apple today announced that Jeff Williams has been named chief operating officer and Johny Srouji is joining Apple’s executive team as senior vice president for Hardware Technologies. Phil Schiller, senior vice president of Worldwide Marketing, will expand his role to include leadership of the revolutionary App Store across all Apple platforms. Apple also announced that Tor Myhren will join Apple in the first calendar quarter of 2016 as vice president of Marketing Communications, reporting to CEO Tim Cook.

Interesting on lots of levels:
– Jeff Williams has been COO-in-waiting for some time now; this simply cements it.
– Srouji has been on the chip side; elevating him like this shows the importance of chip design to Apple’s future
– putting Schiller in charge of the App Store looks like the end of a mini-power struggle inside Apple. As Rene Ritchie of iMore pointed out on the Blerg podcast (you listened, right?) responsibility for the App Store was effectively split among three people – Schiller, Eddy Cue and Craig Federighi.

Ritchie has a writeup on this change – definitely worth reading.
link to this extract

Security company Proofpoint isn’t revealing which exact Android apps are doing bad deeds, as it is going through the process of disclosure with the affected developers and vendors. It is instead revealing data on the number of malware or aggressive adware targeting the Google operating system. Proofpoint analyzed over 5,600 unique Bible apps (4,154 for Android and 1,500 for Apple’s iOS), including 208 that contained known malicious code and 140 were classified as “high risk” based on their behavior, all for the Android platform. Apple is evidently doing a good job of keeping out dangerous Bibles.

How is it that Apple is keeping out the dangerous ones, though? You’d assume it would be targeted just the same.
link to this extract

In an article posted today, Michael Luca, Dan Svirsky, and I present results of a field experiment on Airbnb. Using guest accounts that are identical save for names indicating varying races, we submitted requests to more than 6,000 hosts. Requests from guests with distinctively African-American names are roughly 16% less likely to be accepted than identical guests with distinctively White names. The difference persists whether the host is African American or White, male or female. The difference also persists whether the host shares the property with the guest or not, and whether the property is cheap or expensive.

Discrimination is costly for hosts who indulge in it. Hosts who reject African-American guests are able to find a replacement guest only 35% of the time.

You can read the draft paper. Update: I overlooked The Verge’s coverage of the paper. Apologies. (Recall the similar paper studying discrimination by buyers on eBay from the other day too.)
link to this extract

According to a recent report from ad-fraud prevention firm Pixalate, a sophisticated botnet has been leeching money from digital advertisers by serving up real ads to faked, highly-prized audiences. The botnet, nicknamed Xindi after some Star Trek bad guys, has, by Pixalate’s calculations, rung up something like 78 billion ad impressions so far. According to George Slefo of Adweek, Xindi “could cost advertisers nearly $3 billion by the end of 2016.”

The ingenious thing about the Xindi botnet is who it targeted. The infection was aimed at Fortune 500 companies, university computer networks, and other groups whose users are usually very sought-after by advertisers. Because the advertisers thought that they were reaching such a valuable audience, they were willing to pay much more, $200 per thousand impressions for some, which compounded the cost of the fraud and made things much more lucrative for the fraudsters.

The botnet also uses some sophisticated techniques to trick the protocols that normally check for ad fraud (see image below) and cover its tracks.

Billions of dollars. The scale is astonishing; and so is the ingenuity in how it evaded detection.
link to this extract

Emojis are no longer cool in Japan » Slate

The very first emojis appeared on a handset sold by the company J-Phone (now Softbank) in 1997, but high prices kept it out of the hands of average citizens. The direct ancestors of the emoji we know and use today debuted in Japan in 1999. And now? “The emoji boom is over here in Japan,” says Shigetaka Kurita, the man widely credited with creating the adorable little runes. “They’re still around, they’re still pervasive, but they aren’t a fad anymore,” he says in his Tokyo office. He ventures that when Obama mentioned emojis on the White House lawn, “I suspect most Japanese people’s response was, ‘wow, emoji are still popular over there!?’ ”

Extra irony: lack of emoji stalled interest in the iPhone in Japan too. Now it’s one of its best markets.
link to this extract

We can’t help but think that Google open sourced its AI engine, TensorFlow, because it knew OpenAI was on the way—and that Facebook shared its Big Sur server design as an answer to both Google and OpenAI. Facebook says this was not the case. Google didn’t immediately respond to a request for comment. And Altman declines to speculate. But he does say that Google knew OpenAI was coming. How could it not? The project nabbed Ilya Sutskever, one of its top AI researchers.

That doesn’t diminish the value of Google’s open source project. Whatever the company’s motives, the code is available to everyone to use as they see fit. But it’s worth remembering that, in today’s world, giving away tech is about more than magnanimity. The deep learning community is relatively small, and all of these companies are vying for the talent that can help them take advantage of this extremely powerful technology. They want to share, but they also want to win. They may release some of their secret sauce, but not all. Open source will accelerate the progress of AI, but as this happens, it’s important that no one company or technology becomes too powerful. That’s why OpenAI is such a meaningful idea.

In a recent survey of over 3,000 consumers across five countries (US, UK, Germany, Brazil and China) conducted by TECHnalysis Research, consumers said they expected to replace their smartphones every 1.8 years. Now, on the surface, that seems fine, and probably in line with what people have done in the past. The problem is, in response to the same question about notebook PCs, people said they expected to replace those devices every 2.5 years.

In reality, however, notebook PC replacements occur closer to 5 years. In other words, people clearly aren’t good at estimating how long they plan to keep a device. To be fair, I don’t think smartphone replacement times will be double the 1.8-year lifecycle that they responded with, but I am certain they will be longer. And that is the crux of the challenge for the smartphone market.

As we saw first with PCs and then with tablets, once a market reaches the saturation point, then future growth becomes nearly completely dependent on refresh rate and lifecycle—how quickly (or not) you choose to upgrade what you have.

Things are going to get tight in the next few years in mature markets.
link to this extract

“This target [of 80m shipped in 2015, given earlier this year is not the No. 1 priority for us,” Mr. Lei said on the sidelines of the World Internet Conference on Wednesday in the Chinese city of Wuzhen, when asked if Xiaomi could reach its smartphone sales target. “What we care about the most is the rate of customer satisfaction.”

Mr. Lei played down the sales target, saying he was “constantly pushed by everyone” to give the figure earlier this year.

The “80m” number is actually a reduction from the 100m or so that Xiaomi was hoping for back in March.
link to this extract