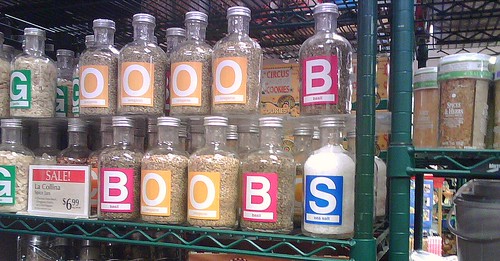 A selection of 11 links for you. Please note: the “link to this extract” link doesn’t work if you’re using it from the email. Who shall we blame? Meanwhile, I’m charlesarthur on Twitter. Observations and links welcome.

People’s deepest, darkest Google searches are being used against them » The Atlantic

Consider, for example, a person who googles “need rent money fast” or “can’t pay rent.” Among the search results that Google returns, there may be ads that promise to help provide payday loans — ads designed to circumvent Google’s policies against predatory financial advertising. They’re placed by companies called lead generators, and they work by collecting and distributing personal information about consumers online. So while Google says it bans ads that guarantee foreclosure prevention or promise short-term loans without conveying accurate loan terms, lead generators may direct consumers to a landing page where they’re asked to input sensitive identifiable information. Then, payday lenders buy that information from the lead generators and, in some cases, target those consumers—online, via phone, and by mail—for the very sorts of short-term loans that Google prohibits.

But look, if Google bans those ads, then it’s taking a position. Shouldn’t it only accept ads from organisations that it has vetted? Or just not accept ads on those searches?
link to this extract

When the ore in Gabon was laid down some 2 billion years ago, the concentration of uranium-235 would have been about 4%, more than enough for a self-sustaining nuclear reaction.

The idea is that when a neutrons hits an atom of uranium-235, the atom splits producing two smaller nuclei and several neutrons. These neutrons go on to split other atoms in an ongoing chain reaction.

However, the liberated neutrons are high-energy particles that tend to fly away rapidly. So nuclear reactors usually contain a moderating material that slows down the neutrons so that they can interact with other uranium atoms.

It turns out that water is a reasonable neutron moderator. So an important component of this natural reactor was the presence of water seeping through the uranium ore. And this had an interesting impact on the way the reactors operated.

Nuclear scientists believe that the Oklo reactors operated in pulses. As water flowed into the rock, it moderated the neutrons, allowing a chain reaction to occur. But this increased the temperature of the rock, boiling the water into steam which escaped.

Kept running for 300,000 years. More useful than that is what it taught scientists about how fission waste products migrate from burial sites. Turns out the answer is: not that much.
link to this extract

Facebook has a software quality problem. I’m going to try to convince you with three examples. This is important because it demonstrates the time-honored principle that quality matters. In demonstrates it, as Facebook engineers like to say, at scale. I don’t work at Facebook or any competitor, I’m just an observer.

The three examples – 18,000 Objective-C classes in the iOS app with 429 people working on it (note: delete the app), database restarts and the fact that the site works better when its engineers aren’t there, all speak to a classic problem.
link to this extract

On Monday, the security startup Zerodium announced that it’s agreed to pay out that seven-figure sum to a team of hackers who have successfully developed a technique that can hack any iPhone or iPad that can be tricked into visiting a carefully crafted web site. Zerodium describes that technique as a “jailbreak”—a term used by iPhone owners to hack their own phones to install unauthorized apps. But make no mistake: Zerodium and its founder Chaouki Bekrar have made clear that its customers include governments who no doubt use such “zero-day” hacking techniques on unwitting surveillance targets.

In fact, Bekrar tells WIRED that two teams of hackers had attempted to claim the bounty, which was announced in September with an October 31st deadline. Only one proved to have developed a complete, working iOS attack. “Two teams have been actively working on the challenge but only one has made a full and remote jailbreak,” Bekrar writes. “The other team made a partial jailbreak and they may qualify for a partial bounty (unconfirmed at this time).”

I’d like to see documentary proof of the hack before I take this at face value. Zerodium is clearly seeking publicity; and the incentive to, um, bend the truth around seven-figure annoucements is high.
link to this extract

For the inaugural Index, Ranking Digital Rights analyzed a representative group of 16 companies that collectively hold the power to shape the digital lives of billions of people across the globe. Leading global ESG research and ratings provider, Sustainalytics, co-developed the methodology.

Eight publicly listed Internet companies and eight publicly listed telecommunications companies were selected based on factors including geographic reach and diversity, user base, company size, and market share. These companies were assessed on 31 indicators across three categories – commitment, freedom of expression, and privacy – drawn heavily from international human rights frameworks, as well as emerging and established global principles for privacy and freedom of expression.

The research revealed a deep need for improvement:

Only six companies scored at least 50% of the total possible points;
The overall highest score was only 65%;
Nearly half the companies in the Index scored less than 25%, showing a serious deficit of respect for users’ freedom of expression and privacy.

Google came top in internet companies. List at https://rankingdigitalrights.org/index2015/. Apple isn’t there – doesn’t it have any impact?

Anyhow, speaking of digital rights and freedom of expression…
link to this extract

A surprisingly difficult question for Facebook: do I have boobs now? » The Guardian

Demone says that Facebook likes to present itself as a liberal and progressive organisation, but that most of its actions in this regard are decidedly low-risk. She mentions Facebook’s introduction of a widget allowing users to overlay their profile pictures with a rainbow flag and notes that it was to celebrate a gay marriage law which had been passed by the US supreme court – not before, in support of it.

Demone says that [Facebook’s] allowing users to define their gender in a free-form field, and offering a choice of pronouns, is progressive, but it is decidedly lower risk rather than, say, challenging the paradigm that female nipples should be covered up. This, of course, would run the risk of offending advertisers and in the case of Instagram, result in a 17+ user rating in app stores.

This gets to such a deep question: why should American organisations get to decide the mores of the countries that they export their business to? Mark Zuckerberg once said he hoped Facebook could solve the Arab-Israeli conflict by making people friends. But topics such as this shows why it can be seen as more like an enemy of social change.
link to this extract

Tarun Pathak has the details. Here’s one of the more interesting pullouts (from lots) about a local OEM:

Micromax maintained the second position in both overall mobile phone market and the smartphone segment with a market share of 13.7% and 17.7% respectively.

The brand’s share from online channel increased during the quarter. However, it is now facing pressure competition in $50-$100 price segment from Intex, Lava and others.

Micromax’s Cyanogen based online only brand ‘Yu’ launched its cheapest LTE model ‘Yunique’ during the quarter and the brand has been growing steadily ever since its launch.

Micromax Yu brand alone is now selling more smartphones than Xiaomi online, depicting it’s going to be challenging even for popular brands such as Xiaomi to scale in Indian market

If Xiaomi can’t succeed in India, it’s going to have a real problem.
link to this extract

The company is trying to sublease a 5,442-square-foot SoHo space it leased last year, and wants $2.25m annually in rent for it, according to sources.

The decision to abandon its retail store came after the Internet giant spent $6m renovating the 131 Greene St. location. The outpost was supposed to be one of Google’s first stand-alone stores in the U.S., putting it in direct competition with Apple, which has a host of brick-and-mortar shops that showcase and sell its products in the city, as well as other tech firms with a retail presence. Just last week, Microsoft opened its flagship store on Fifth Avenue.

A spokeswoman for Google didn’t immediately respond to a request for comment.

According to reports, Google planned to begin opening stores to sell products such as the Chromebook, a line of laptops and desktop computers made by several manufacturers that operate on Google software, and smartphones that run its Android operating system. Because Google is subleasing the Greene Street location, it would appear that the company has changed its mind and is pulling back on its plan to open physical stores. However, Google reportedly recently opened a kiosk within a larger electronics store in London earlier this year.

Even so. Why would you have a Google store? It doesn’t make sense.
link to this extract

More than 40% of goods sold online in China last year were either counterfeits or of bad quality, the official Xinhua news agency said, illustrating the extent of a problem that has bogged down the fast-growing online sector.

According to the report, which was delivered to China’s top lawmakers on Monday, just under 59 percent of items sold online last year were “genuine or of good quality”, Xinhua said.

China has been trying to shake off a notoriety for pirated and counterfeit goods, long a major headache for global brands targeting the Chinese market from iPhone maker Apple to luxury retailer LVMH.

Chinese e-commerce giant Alibaba Group Holding Ltd has been lobbying to stay off a US blacklist for fakes after coming under renewed pressure this year over suspected counterfeits sold on its shopping platforms.

Internet giant Amazon.com, which got its start selling books online, confirmed this afternoon that it will open its first-ever brick-and-mortar bookstore at Seattle’s University Village on Tuesday morning.

The company sent a letter to customers on Monday with details about the store, which is called “Amazon Books.” In the letter, Amazon Books VP Jennifer Cast calls the store a “physical extension of Amazon.com.”

Someone should disrupt that thing…
link to this extract

We’re no longer planning to offer unlimited storage to Office 365 Home, Personal, or University subscribers. Starting now, those subscriptions will include 1 TB of OneDrive storage.
100 GB and 200 GB paid plans are going away as an option for new users and will be replaced with a 50 GB plan for $1.99 per month in early 2016.

Free OneDrive storage will decrease from 15 GB to 5 GB for all users, current and new. The 15 GB camera roll storage bonus will also be discontinued. These changes will start rolling out in early 2016.

Microsoft blames a few greedy storage users for the change in heart. “A small number of users,” they wrote, “backed up numerous PCs and stored entire movie collections and DVR recordings. In some instances, this exceeded 75 TB per user or 14,000 times the average.”

That shouldn’t be surprising. If you advertise “unlimited” cloud storage, perhaps you should expect that some people will take you at your word and move large collections to the storage space you so generously offered?

Bott also portrays a division in some upheaval, which doesn’t quite fit the calm exterior Microsoft has been trying to put forward over its cloud work.

That “14,000 times the average” suggests that the average person was storing 5GB of data. Though that probably amounts to 10 Microsoft Word documents, given how the format has bloated. (Thanks @pedrostephano.)
link to this extract