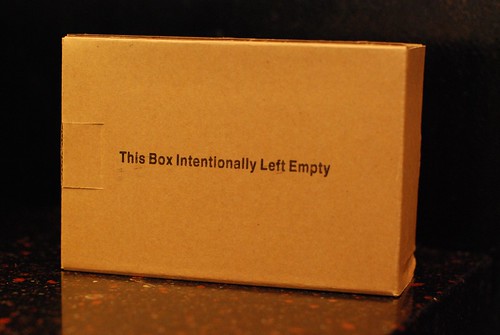 A crucial part of some fake Amazon reviews. Photo by Joe Shlabotnik on Flickr.

The new iOS offering will come from a group led by Chris Ballinger, founder of ChatSecure and including Frederic Jacobs of Open Whisper Systems; Mike Tigas, who wrote Onion Browser; and Conrad Kramer, a former device jailbreaker.

That group is working on iCepa, a system-wide iOS Tor client that can change the way every app on iOS connects to the Internet by routing traffic from each app through the Tor network.

“iOS has some new capabilities in it,” Freitas said. “You can create a device-wide [virtual private network], and it can be a Tor-based VPN. So we can create an Orbot-like service on iOS 9, which is exciting.”

Orbot empowers other Android apps to use Tor. It’s an anonymity amplifier that’s been impossible on iOS up until now because Tor could only run in a single app at a time.

I thought you should be the first to know that Independent Online (IOL) will be closing comments on its online articles with immediate effect.

It is a difficult but necessary decision to make and we arrived at it after careful consideration of all the factors at play.

The freedom of expression guaranteed by our Constitution was never meant to override the personal freedoms and human rights of our fellow citizens.

Let me be clear that commenting on an article is not a right, but a courtesy afforded to you by IOL as a reader.

If you are prone to being racist or sexist in your thinking, by all means express yourself on other platforms that may find such behaviour acceptable, but not on IOL.

We are of the view that instances of abuse in our comments section have become untenable.

..And another one. Just keeping tabs, really.
link to this extract

HTC One A9 photos leak: It’s an iPhone » BGR

We’ve seen a number of leaked images of the upcoming HTC One A9 in the past, but the clearest pictures yet were just accidentally published by European wireless carrier Orange. HTC is already in deep trouble following its One M9 flop, but this phone may very well get the struggling smartphone maker sued into oblivion.

It really does look amazingly like an iPhone 6 (or 6S). Then again, so did the Galaxy S6. Hard to see it making any difference to HTC’s gradual demise.
link to this extract

Scott Cunningham , svp of the Interactive Advertising Bureau’s Tech and Ad operations, begins this post “We messed up”. But the mea culpa also has a nostrum explicatum:

We engineered not just the technical, but also the social and economic foundation that users around the world came to lean on for access to real time information. And users came to expect this information whenever and wherever they needed it. And more often than not, for anybody with a connected device, it was free.

This was choice—powered by digital advertising—and premised on user experience.

But we messed up.

Through our pursuit of further automation and maximization of margins during the industrial age of media technology, we built advertising technology to optimize publishers’ yield of marketing budgets that had eroded after the last recession. Looking back now, our scraping of dimes may have cost us dollars in consumer loyalty.

Loose translation: “We did so much good that we made things worse.” Now the IAB is suggesting ads should be “light; encrypted; ad choice supported; non-invasive”. Nice idea. Not sure “encrypted” is necessary; is that to stop people like AdBlock Plus?
link to this extract

Fiverr is an online marketplace that lets people sell simple services to strangers, like transcribing audio, converting photos or editing video. Amazon simply had to contact Fiverr users who advertised their review-writing services and set up the transaction.

The company said most people offered the undercover Amazon investigators 5-star reviews for $5 each.

One Fiverr.com user that went by bess98 offered to write the reviews from multiple computers, so as to deceive Amazon. Another user, Verifiedboss, unwittingly told the investigators, “You know the your [sic] product better than me. So please provide your product review, it will be better.”

As in the previous lawsuit, Amazon alleges that these reviewers often arranged to have empty boxes shipped to them in order to make it look like they had purchased the products.

Amazon is not suing Fiverr. The company noted in the court filing that these kinds of services are banned by Fiverr’s terms and conditions and Fiverr has tried to cut down on the practice.

Would love to know which products these people reviewed.
link to this extract

The Authors Guild’s never-ending lawsuit against Google for its book scanning project has been hit with yet another blow. The 2nd Circuit appeals court has told the Authors Guild (once again) that Google’s book scanning is transformative fair use. This is not a surprise. Though this case has gone through many twists and turns, a few years ago it was also before the 2nd Circuit on a separate issue (over the appropriateness of it being a class action lawsuit) and the 2nd Circuit panel ignored that question, saying that it shouldn’t even matter because it seemed like this was fair use. Thus it was sent back to the district court, where Judge Danny Chin correctly said that the scanning was fair use. That ruling was appealed, and the AG trotted out some truly nutty legal theories (arguing that it wasn’t fair use because someone like Aaron Swartz might hack into Google’s computers and free the books).

These arguments did not work. The 2nd Circuit has affirmed the lower court ruling and given another nice appellate ruling establishing the importance of fair use — and a reminder that, yes, commercial uses can still be fair use:

Google’s making of a digital copy to provide a search function is a transformative use, which augments public knowledge by making available information about Plaintiffs’ books without providing the public with a substantial substitute for matter protected by the Plaintiffs’ copyright interests in the original works or derivatives of them.

Pretty convincing win for Google.
link to this extract

Your relative’s DNA could turn you into a suspect » WIRED

In [Michael] Usry’s case the crime scene DNA [from an unsolved killing in 1969] bore numerous similarities to that of Usry’s father, who years earlier had donated a DNA sample to a genealogy project through his Mormon church in Mississippi. That project’s database was later purchased by Ancestry, which made it publicly searchable—a decision that didn’t take into account the possibility that cops might someday use it to hunt for genetic leads.

Usry, whose story was first reported in The New Orleans Advocate, was finally cleared after a nerve-racking 33-day wait—the DNA extracted from his cheek cells didn’t match that of Dodge’s killer, whom detectives still seek. But the fact that he fell under suspicion in the first place is the latest sign that it’s time to set ground rules for familial DNA searching, before misuse of the imperfect technology starts ruining lives.

Mitch Morrissey, Denver’s district attorney and one of the nation’s leading advocates for familial DNA searching, stresses that the technology is “an innovative approach to investigating challenging cases, particularly cold cases where the victims are women or children and traditional investigative tactics fail to yield a solid suspect.”

Not sure if UK police would be able to demand access in the same way. Previously they didn’t need to – there was a national DNA database which included completely innocent people.
link to this extract

Jennifer Booton notes that the iPhone has hit a 14% sales share in South Korea over the summer:

Samsung was able to recoup some of the losses incurred from Apple by going after the smaller manufacturers, such as LG Electronics and Pantech. LG’s share slid to 22% from 29%, while Pantech’s nose-dived from 4% to 1%, according to the Counterpoint research. Apple’s influence is having an effect, though.

Apple’s share in South Korea, where users have long been accustomed to the Samsung Galaxy Note phablets and other larger-screen Galaxy phones, has been gaining ever since the launch of the 5.5-inch iPhone 6 Plus, Apple’s first large-screen iPhone, Kang said. Its share gain was most prominent right after the iPhone 6 Plus launched, growing sevenfold in the fourth quarter of 2014.

While the growth rate has since slowed, Kang said he believes there’s still room for Apple to grow there as the “iPhone ecosystem effect” — the idea that Apple’s interconnected operating systems and devices keep users within the Apple brand — begins to take hold.

Soul of a virtual machine » Medium

In 2005, as the product manager for VMware’s enterprise desktop business, I made the pilgrimage down to Round Rock, Texas to meet the executives running Dell’s PC business. This was a year before I created VDI (Virtual Desktop Infrastructure) and VMware was still the small but fast growing, and recently acquired division of EMC. For almost an hour I pitched Dell on the virtues of desktop virtualization. The Dell executives smiled, nodded politely, and at the end of the meeting they asked me, “You understand that we sell PCs here? Why would we ever want to commoditize our differentiation with virtualization?”

I collected my things and flew back to Palo Alto.

2015: Dell buys EMC, including VMWare, for $67bn, as its PC business keeps struggling. Now, VMWare didn’t kill off the PC business directly, but it certainly helped the move to the cloud that has forced Dell into this catchup acquisition.

Note how similar the Dell execs’ question is to Jerry Yang at Yahoo, who in 1997 told two guys with a new search algorithm “but we want people to click multiple search pages, because we can show them ads.” Larry Page and Sergey Brin didn’t come back. Yahoo isn’t dead, but it’s a zombie.
link to this extract