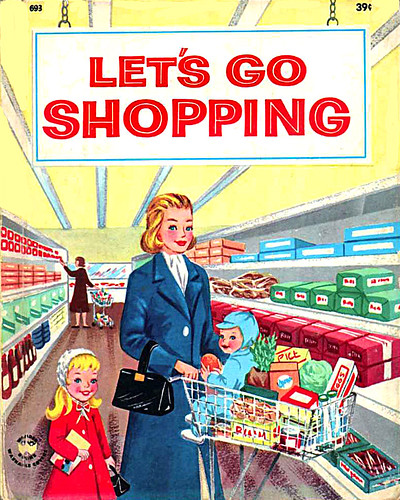 But not with “Google Here”, thank you. Photo by x-ray delta one on Flickr.

A selection of 11 links for you. Still nothing about logos. I’m charlesarthur on Twitter. Observations and links welcome.

According to the FTC’s complaint, Machinima and its influencers were part of an Xbox One marketing campaign managed by Microsoft’s advertising agency, Starcom MediaVest Group. Machinima guaranteed Starcom that the influencer videos receive at least 19 million times.

In a statement, Machinima said, “Machinima is actively and deeply committed to ensuring transparency with all of its social influencer campaigns.  Through collaboration with the FTC, we are pleased to have firmly resolved this matter, related to an incident that occurred in 2013, prior to Machinima’s change of management in March 2014. We hope and expect that the agreement we have reached today will set standards and best practices for the entire industry to follow to ensure the best consumer experience possible.”

In the first phase of the marketing campaign, a small group of influencers received access to prerelease versions of the Xbox One console and video games in order to produce and upload two endorsement videos each. According to the FTC, Machinima paid two of these endorsers $15,000 and $30,000 for producing You Tube videos that garnered 250,000 views and 730,000 views, respectively.

After that, Machinima promised to pay a larger group of influencers $1 for every 1,000 video views, up to a total of $25,000. Machinima did not require any of the influencers to disclose they were being paid for their endorsement.

Huawei chips away at Samsung » WSJ

For the past three years, Samsung Electronics Co. has been the world’s top seller of smartphones, but its global lead is now under attack from fast-growing Chinese rival Huawei Technologies Co.

Long known as a telecommunications-equipment supplier to global carriers, Huawei has already toppled Samsung in China, the world’s biggest market, where 425 million smartphones are expected to be shipped this year. Globally, the Shenzhen-based company became the third-largest smartphone maker in the second quarter, according to data from IDC. This is due, in part, to its ability to gain market share in the Middle East and Africa, where smartphone growth exceeds that of any other region.

With handset revenue up 87% in the first half of this year, Huawei expects profit from its smartphone business to more than double this year. If its pace of growth continues, Huawei hopes to challenge top competitors Samsung and Apple in the smartphone market.

Huawei doesn’t (yet?) break out its handset profits. It’s aiming to ship 109m smartphones this year – a weirdly precise figure – having shifted 47m in the first half, so 62m to go. Apple sold 192m phones in 2014, and 109m in the first half of this year, so the challenge might take a little while yet.

Cleverly, it introduced a phone with a “Force Touch”-style capability at IFA on Wednesday; it showed it estimating the weight of an orange resting on the screen. Not an apple?

The biggest challenge will be teaching non-Chinese how to say the name (Hoo-waa-way).
link to this extract

G DATA found that more than two dozen phones from different manufacturers were already compromised straight out of the box.

Kit from manufacturers including Huawei, Lenovo and Xiaomi have pre-installed espionage functions in the firmware. G DATA suspects that middlemen modified the device software to steal user data and inject their own advertising to earn money.

Other possibilities include unintentional infection through compromised devices in the supply chain (a problem which affected Vodafone Spain back in 2010) or intentional interference by government spies. Many of the models implicated in the malfeasance sell well in China.

The pre-pwned device issue has become a perennial problem for privacy-conscious smartphone users. Sticking to the Play Store, avoiding dodgy websites and following common-sense security precautions are no help in such cases.

If the phones got to G DATA then it seems unlikely to have been the Chinese government, non? More like middlemen seeking cash for ads.
link to this extract

HTC to lay off 600 employees working in Taiwan » Digitimes

About 400 out of the more than 9,000 employees currently at HTC’s headquarters in Taoyuan will be laid off, confirmed the Taoyuan City Government, which has received the layoff plan from HTC. The 400 employees include production line works, R&D and backup personnel.

The New Taipei City Government also confirmed that it had received a notification from HTC about discharging 200 workers at its Xindian plant by the end of October. Those who will lose their jobs at the Xindian plant, which has a total of 2,912 employees, are mostly R&D personnel.

Cutting R+D staff seems like an obvious thing to do when finances are tight, but tends to leave you with nothing to go forward with when – if – you emerge from the squeeze.
link to this extract

Market observers have recently noted that Apple is in discussions over whether to go back to G/G instead of in-cell technology for future iPhone devices as in-cell technology is currently struggling with various production bottlenecks that are preventing Apple from adding new features as well as increasing resolutions. As a result, touch panel makers are aiming to create G/G touch panels that would allow Apple to create smartphones similar in thickness to current iPhones equipped with in-cell touch panels.

Tells you something about what Apple might have planned for 2016. Incremental steps every time.
link to this extract

What happened to the Readymake: Duchamp chess pieces? » Scott Kildall

Kildall and Bryan Cera had scanned these very rare pieces and uploaded the scanned files to Thingiverse, a site for sharing Makerbot 3D printing files:

The answer is that we ran into an unexpected copyright concern. The Marcel Duchamp Estate objected to the posting of our reconstructed 3D files on Thingiverse, claiming that our project was an infringement of French intellectual property law. Although the copyright claim never went to legal adjudication, we decided that it was in our best interests to remove the 3D-printable files from Thingiverse – both to avoid a legal conflict, and to respect the position of the estate.

Nearly 60% of smartphone users expect their favorite apps to look visually appealing. We’ve always believed that in-app ads can enhance an app’s overall experience by being well designed. So today we’re announcing a completely new look for our interstitial in-app ad formats – also known as full-screen ads – that run on apps in the AdMob network and DoubleClick Ad Exchange.

On Twitter, this was described to me as “just don’t block the front door [from search] with an interstitial.” Which makes sense; if you’re already inside the app, you’re less likely to bounce away from a full-page ad.
link to this extract

Former secret service agent Shaun Bridges has pleaded guilty to Bitcoin theft, admitting to sending over $800,000 worth of the digital currency to his personal account while he was investigating the dark web drug trafficking site.

Silk Road was shut down in the autumn of 2013, having netted Bitcoin sales of over $200m of drugs and other illegal items during its two years of operations. The site’s founder, Ross Ulbricht, who went by the alias “Dread Pirate Roberts”, was sentenced to life imprisonment during a highly-publicised case.

But the investigation itself led to further illicit uses of Bitcoin.

Bridges is the second US federal agent to have fallen foul of Bitcoin theft temptation during the investigation, after former agent Carl Force pleaded guilty to this just two months ago.

Did they think that bitcoins were untraceable? Strange.
link to this extract

Almost no one sided with #GamerGate: a research paper on the internet’s reaction to last year’s mob » Superheroes in Racecars

Livio de la Cruz is a program manager at Microsoft, and has done an exhaustive study on coverage and reactions of Gamergate:

The Week compared GamerGate to a soccer team that has only ever managed to score on its own goal and responds with self-congratulatory remarks on a job well done. Their efforts to silence feminist and political critique of games actually ended up inspiring more of it. Their efforts to convince journalists to stop critiquing gamers for their sexist, bigoted behavior has only amplified people’s awareness of society’s misogyny problem. Their efforts to discredit Zoe Quinn, Leigh Alexander, Anita Sarkeesian, and Brianna Wu have led to them becoming some of the most respected voices in games, as more people are inspired by their work against abuse and their advancement of the medium itself. Their efforts to scare women out of the games industry actually led to more money, time, and talent being dedicated towards fixing tech’s diversity problem.

In its first calendar month since launch, Windows 10 worldwide usage share far exceeds that of Windows 8 in the same time period, according to independent web analytics company StatCounter. Its analytics arm, StatCounter Global Stats finds that Windows 10 level of usage after one month also exceeds that recorded by Windows 7.

StatCounter conducted a special analysis of the take up of Edge by Windows 10 users. It found that Edge usage on Windows 10 peaked at 20.1% on 30th July, the day after the global launch, but fell back to 14.1% on the 31st August.

Easy to explain that dropoff: people went back to work on the August Monday (it wasn’t a holiday in the US), stopped using their Windows 10-updated machines at home, and used the old-OS machines at work. The peak in July is probably explained in the same way – people were on holiday.

Remarkable what happens when you force-upgrade peoples’ machines for free.
link to this extract

The product was called Google Here, according to a document obtained by Fortune that describes the project’s specifications. The effort spanned multiple departments and was led by Dan Cath, a strategic partner manager, and the Google Maps team. The launch included partnerships with retailers, including Starbucks SBUX -2.03% . Had it launched, Google Here would have been available to more than 350 million Android users by early 2015, with plans to support iOS later in the year.

But people familiar with the project say it was shut down for two reasons: Google Here was potentially too invasive, and the company wasn’t sure if many retailers would want it. (Not helping matters, Nokia has used the name “Here” for its own mapping service.) A Google spokesman declined to comment.

Google Here worked by sending a notification to a smartphone user’s lock screen within five seconds of their entering a partner’s location. If the user clicked on the notification, a full screen HTLM5 “app” experience would launch. Google Here would know when to send the notification via Google Maps and beacons placed in the stores of participating partners. Google planned to supply the beacons to partners for the launch, according to the document. The experience could also be found by going to the Google Maps app.

Too invasive? Probably more likely retailers weren’t prepared to put the money in for an unclear return, since it would be permission-based (and hence isn’t really that invasive).
link to this extract