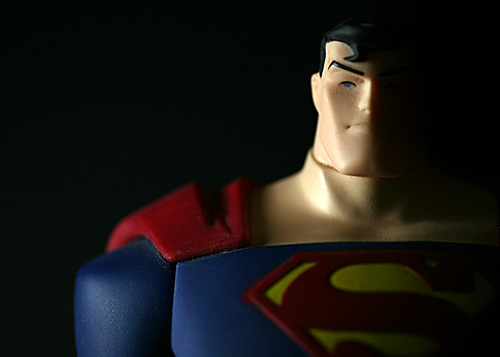 Are you sure you’d want not to feel pain or have super-strong bones? Photo by Jlhopgood on Flickr.

Last year, Danity Kane’s Dawn Richards uploaded a selfie on Instagram that lead to plenty of backlash from her fans. Aside from the apparent plastic surgery, many suspected that she had bleached her skin. In response, Richards tweeted “Filter is the new bleach.”

For women of color, she’s right. Instagram users can choose from over 20 filters, but as subjects, we don’t have a choice in how our images are processed once a filter is in place. In the name of enhancing or beautifying our photos, filters inevitably alter our appearances beyond recognition.

People often think of technology as inherently unbiased, but photography has a history of racism.

Remember the story of Kodachrome film’s insensible racism? Repeated by computers.
link to this extract

Trendforce is a Taiwan-based research company:

TrendForce has also made downward revision to smartphone shipment growth for the entire 2015 from 11.6% to 8.2%. According to Avril Wu, TrendForce’s smartphone analyst, this revision is attributed to the negative global economic outlook for the second half of this year and weakening demands.

Lots more figures to come (IDC, Gartner, Counterpoint among others) but this is a surprising data point. (Thanks Mr McC on Twitter.)
link to this extract

How strong is Apple’s grip over mobile phones? » WSJ

Rani Molla (and the graphics team?) put together this nifty graphic of revenue share in the mobile phone industry.

Note again that it is revenue share, not unit share (one slow-witted commenter failed to comprehend this), or profit share, or OS share. And it’s for the whole industry, not just smartphones – but of course smartphones generate more revenue. (A graphic showing absolute revenue would be fun too. Might have a stab at that.)
link to this extract

Steven Pete can put his hand on a hot stove or step on a piece of glass and not feel a thing, all because of a quirk in his genes. Only a few dozen people in the world share Pete’s congenital insensitivity to pain. Drug companies see riches in his rare mutation. They also have their eye on people like Timothy Dreyer, 25, who has bones so dense he could walk away from accidents that would leave others with broken limbs. About 100 people have sclerosteosis, Dreyer’s condition.

Both men’s apparent superpowers come from exceedingly uncommon deviations in their DNA. They are genetic outliers, coveted by drug companies Amgen, Genentech, and others in search of drugs for some of the industry’s biggest, most lucrative markets.

Their genes also have caused the two men enormous suffering.

Admit it, until that last sentence you were feeling envious.
link to this extract

the Federal Trade Commission said on Tuesday afternoon LifeLock both failed to deliver on its pledges, or live up to a 2010 regulatory sanction, which barred the company from making false claims about the quality of its data protection services.

LifeLock, the FTC said, falsely claimed it protected consumers’ identity 24/7/365 by providing alerts “as soon as” it received any indication there was a problem, and charged consumers $10-a-month for the service. The company even revealed its CEO’s social security number in advertising campaigns as a means to prove the quality of its data protection.

However, between October 2012 through March 2014, the FTC says LifeLock not only misled customers on their protection by equating its services with the types of protection consumers’ receive from larger financial institutions. It also violated the 2010 order by failing to establish and maintain a comprehensive information security program to protect its users’ credit card, social security, and bank account numbers.

Would be nice if the US had better personal data security. Or even a law that protected it.
link to this extract

How YouTube killed an extension with 300,000 users » The Next Web

three years after its inception, Streamus is dead. It’s been removed from the Chrome Web Store after Google revoked its API key.

Sean Anderson, a 25-year-old developer based in California bet everything on his tiny, but incredibly useful Chrome extension.

At first, the extension was picked up by a few friends but it quickly gained steam when TechCrunch covered it in January of 2014.

It was always somewhat questionable, because it played music in the background without the video that went with it — Anderson seemingly knew this, but had hoped he would one day be able to work something out with YouTube if it got big enough.

Shortly after the Techcrunch article was published, YouTube sent Anderson a cease and desist letter.

YouTube was upset for three reasons: Streamus was not back-linking to YouTube or showing video in the foreground while playing music and didn’t show its advertisements. Understandable requests.

After the initial cease and desist and an introduction to YouTube’s head of developer relations, the company went quiet.

Did Anderson truly think Google was just going to ignore this? That’s naive optimism taken to the extreme.
link to this extract

According to industry sources on July 21, Samsung Electronics will hold an event in New York on Aug. 13 to unveil the Galaxy Note 5 and the Galaxy S6 Edge Plus.

Recent reports suggest that the Galaxy Note 5 will feature a 5.7 inch QHD Super AMOLED display, its own Exynos 7422 processor, 4GB of RAM, and a 16 megapixel main camera with optical image stabilization (OIS), along with a stylus pen. The Galaxy S6 Edge Plus will be the Note without a stylus. It will feature a 5.7 inch display, Exynos 7420 processor, 3GM of RAM, and 16 megapixel main camera.

Big question is whether the Note 5 will have a removable back/battery and SD card slot.
link to this extract

[Pagefair CEO Sean] Blanchfield says he noticed last year that Apple begun sending signals that it wasn’t interested in helping ad tech firms track users and serve them ads.
“In July last year we noticed a company called Disconnect, they are an extension, much like Adblock, for Chrome. A San Francisco company. Their focus is privacy, user privacy and behavioural tracking.

“People install them basically to block cookies. As a side-effect they have to block most ads, because most ads use cookies.

“In any case, in July last year they launched mobile versions on Android and on iOS, and they weren’t approved for the Play Store, Google blocked them.

But Apple put them through (into the App Store). And I spoke to them after, and they felt pretty confident that they had been given the approval to proceed essentially blocking ads. That’s not their core mission but it’s an essential piece.”

PageFair’s solution is to scrambles the ads and deliver them in a way that adblock software can’t “see”.

“So a programme like Adblock Plus can’t recognise it,” Blanchfield said.

And will this work even against Apple’s new preference option for Safari? ”Yes.”

But doesn’t it slow down speed at which a page loads ads?  ”No, it’s still instantaneous.”

This is going to be quite a war.
link to this extract

Apple and other mobile device makers have long offered the ability to cut or copy and paste text. To do this, you can use your finger to zoom in on the text you wish to select, then expand or shrink the highlighted text, and then finally delete or move that text. But that type of operation doesn’t always go smoothly because your fingers are typically too large to perform such a granular task. So selecting text is more frustrating than it should be. Apple’s patented solution would remove the need to place your big finger on the touchscreen in the first place.

Unconvinced.
link to this extract