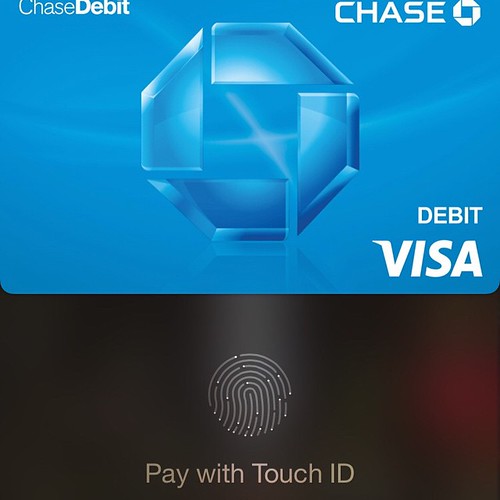 Coming to the UK on 14 July? Apple Pay photo by DopiesLife.com on Flickr.

Why it’s totally okay to use a hamburger icon » UXmatters

Not too long ago, I was observing a test in which the subject was a mechanic in a truck repair shop. He didn’t have a computer at home, had no access to a smartphone, so had no base of knowledge. But we gave him a smartphone and an app to try out. He did fine with the big, obvious bits on the screen and performed every task. Then, we got to the tricky part. We asked him to reconnect the phone to the IoT (Internet of Things) device we were testing, then refresh the display on the screen.

“Hmm… I don’t see it. Maybe in here?” he said, tapping Menu, where he found the Refresh button. He said, “Ah, there it is,” as he tapped it.

I’ve experienced this sort of observation over and over again. Why? Well, first because of a fundamental behavior of mobile-device users, who do not scan a page top to bottom and left to right, but always gravitate toward the center. In Figure 3, you can see a chart showing where users tapped when presented with a scrolling list of selectable items.

The same preference for the center applies to tap accuracy, speed, and comprehension. When designing, I assume users view and read the center, then move outward if they do not find the information they need.

This is actually starting to become a design principle of mine. Assume that users focus on and interact with things at the center of a page, and make sure that you can live with their missing or ignoring things at the top and bottom edges.

Some pushback in the comments: how do you get back from the hamburger?

The chief problem I have with many news apps is they don’t deliver the level of customization that I can get on Twitter, Facebook, and other social networks. I launched my Twitter account in late 2008. In the intervening years I’ve accumulated a list of over 700 people whom I follow, and for a significant portion of those people I wouldn’t be able to remember my reasoning for following them. In some cases they’re colleagues I’ve worked with. In others they’re writers and journalists I admire. But there are still plenty more I followed because something in their profile caught my eye or they authored an article I enjoyed but have long since forgotten.

But despite not having a complete understanding of all my follow choices, my Twitter feed is a well-oiled machine, one that produces a rich tapestry of news and commentary (and plenty of jokes) every time I open it.

True, but it’s taken him six years to reach that level of aggregation on Twitter. News apps don’t get that. But his key point is that

“The problem is that news tastes go beyond mere categories and keywords.”

And that’s the crux of it.

For several months, an increasing amount of mining hash rate has been signaling its intent to begin enforcing BIP66 strict DER signatures. As part of the BIP66 rules, once 950 of the last 1,000 blocks were version 3 (v3) blocks, all upgraded miners would reject version 2 (v2) blocks.

Early morning UTC on 4 July 2015, the 950/1000 (95%) threshold was reached. Shortly thereafter, a small miner (part of the non-upgraded 5%) mined an invalid block – as was an expected occurrence. Unfortunately, it turned out that roughly half the network hash rate was mining without fully validating blocks (called SPV mining), and built new blocks on top of that invalid block.

Note that the roughly 50% of the network that was SPV mining had explicitly indicated that they would enforce the BIP66 rules. By not doing so, several large miners have lost over $50,000 dollars worth of mining income so far.

All software that assumes blocks are valid (because invalid blocks cost miners money) is at risk of showing transactions as confirmed when they really aren’t. This particularly affects lightweight (SPV) wallets and software such as old versions of Bitcoin Core which have been downgraded to SPV-level security by the new BIP66 consensus rules.

Now bitcoin is getting the inertia problems of widespread use and software updates.

Leak suggests iPhone 6s and 6s Plus will be able to capture 4K video » MobileSyrup.com

If a new leak is to be believed, the next iPhone will feature a 12 megapixel rear-facing camera that is able to capture 4K video.

If true, that will mean that the 6s and 6s Plus will boast cameras that are a significant upgrade from the already excellent shooters that are found on their predecessors.

While 4K TVs and computer displays still have a long way to go before they’re ubiquitous, there’s a case to be made that consumers could still get use out all those extra pixels. Current smartphones, TVs and computers might not be able to display 4K content at its native resolution, but consumers will still see an improvement in visual quality through downsampling.

A couple of things. (1) “If a new leak is to be believed”? This takes arms-length writing to an extreme. Later in the piece he says “Of course, it’s impossible to verify a rumour like this one”, which is patently untrue. You just need much, much, much better connections. (2) It can’t be surprising that the next iPhones will have better cameras. The only question will be how much better. (3) I’d like a clearer explanation of how it’s useful to shoot video at that resolution.

Apple appears to be planning to enable its Apple Pay iPhone mobile payments service in the United Kingdom on July 14th, according to sources at multiple retailers. Apple has informed some Apple Retail employees in the U.K. that Apple Pay support will go live on that Tuesday, while an internal memos for supermarket Waitrose plus an additional retail partner indicate the same date…

Given that the UK has widespread availability of NFC terminals, the UK could quickly become the largest location for Apple Pay payments – the penetration of iOS devices is high (32% or so of smartphones).

Vaguely related: it’s 20 years since Mondex tried to create cashless shopping in Swindon. I was there.

Huawei Technologies Co Ltd’s Honor brand has sold 20m smartphones in the first half of 2015 and by should reach its goal of 40m shipments by the year end, double the 2014 figure.

Honor’s sales amounted to $2.6bn of revenue during the first half of the year, Honor President George Zhao said at the launch of the Honor 7 phone in Beijing.

Huawei, the world’s No. 4 handset maker, has invested heavily in the past two years to establish Honor as a stand-alone brand to compete against Beijing-based Xiaomi Inc to win over young, fashion-conscious customers.

Zhao said that he expected 15%, or 6m, of the unit’s total sales this year to come from overseas, with the majority coming from China.

Since you’re wondering, that gives the Honor an average selling price (ASP) of $130 – which puts it some way below the top-end Android price, and lower even than Lenovo.

Fearing return to drachma, some Greeks use bitcoin to dodge capital controls » Reuters

Although absolute figures are hard to come by, Greek interest has surged in the online “cryptocurrency”, which is out of the reach of monetary authorities and can be transferred at the touch of a smartphone screen.

New customers depositing at least 50 euros with BTCGreece, the only Greece-based bitcoin exchange, open only to Greeks, rose by 400% [translation: tripled – CA] between May and June, according to its founder Thanos Marinos, who put the number at “a few thousand”. The average deposit quadrupled to around 700 euros.

Using bitcoin could allow Greeks to do one of the things that capital controls were put in place this week to prevent: transfer money out of their bank accounts and, if they wish, out of the country.

“When people are trying to move money out of the country and the state is stopping that from taking place, bitcoin is the only way to move any value,” said Adam Vaziri, a board member of the UK Digital Currency Association.

The problem is that in order to translate your euros into bitcoin, you have to find someone willing to take your euros – and you also have to have the euros available. It’s getting money out of the Greek banks that has been the problem lately. And this remains a minority sport.

1 thought on “Start up: bitcoin for Greece?, news apps’ key problem, when hamburger menus are good, and more”