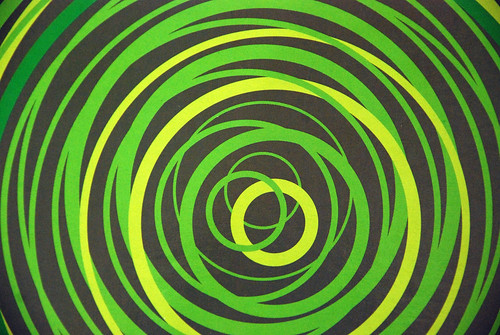 A selection of 9 links for you. Counted by computer. I’m charlesarthur on Twitter. Observations and links welcome.

Mozilla has revamped its Firefox OS mobile software project after concluding that ultra-affordable $25 handsets aren’t enough to take on the biggest powers of the smartphone world, CNET has learned.

The nonprofit organization rose to prominence with the success of its Firefox Web browser a decade ago, but it’s having trouble achieving the same success with its Firefox operating system for smartphones. According to a Thursday email from new Chief Executive Chris Beard, Mozilla has changed its strategy to a new “Ignite” initiative that emphasizes phones with compelling features, not just with lower price tags. It’s also considering letting its operating system run apps written for its top rival, Google’s Android.

The idea that Firefox OS could undercut Android was always ridiculous, because Android volumes brought prices down so quickly. This won’t work either though – there’s no “quality gap” in the middle, and certainly not in the high end. Firefox may be destined for obscurity by the world’s move to mobile.

Montblanc to Apple: our Swiss smartwatch will outlast yours » Bloomberg Business

Corinne Gretler on Montblanc’s “e-strap”, which attaches to the strap, rather than replacing the watch itself:

The device is the first luxury Swiss product to directly compete with the Apple Watch, which costs $349 for the most basic version and $17,000 for an 18-karat gold model. The e-Strap and compatible timepieces will appear in Montblanc boutiques and retailers such as Bloomingdale’s in the U.S.

“The pricing is reasonable,” said Patrik Schwendimann, an analyst at Zuercher Kantonalbank. “If it turns out to be just a fad, at least the consumer still has a nice, normal watch they can continue to wear.”

The e-Strap consists of a stainless steel display attached via a leather strap and designed to be on the backside of the wrist when the watch is on the front. A two-line touchscreen displays e-mails when they arrive.

When connected to a smartphone, Montblanc’s device can select songs and jump through playlists. It has an activity tracker that allows users to set targets for calories burned and steps taken. The e-Strap can also trigger the phone’s camera, facilitating easier “selfie” shots and group photos.

The e-strap is amazingly ugly; I can’t imagine anyone who would buy a Montblanc buying one, let alone using one, to go with their watches which cost (deep breath) $3,700 to $5,800.

One begins to see why Jonathan Ive considered that Switzerland might be screwed.

Samsung’s Media Solutions Center America, which is responsible for the company’s Milk Music and Milk Video services, has been hit by layoffs and a key exec departure over the last couple of weeks, Variety has learned. These events have occurred as Samsung executives take a closer look at many of its business units, which could spell trouble for the company’s content plans going forward.

Media Solutions Center America saw dozens of staffers laid off earlier this month, according to multiple sources. Exact numbers are hard to come by, but one source estimated that as much as 15% of the staff may have been affected. I’ve been told that MSCA employed around 250 people total before the cuts went into effect.

Ever since getting the Apple Watch, not only have I been getting more consistent exercise, but I’m pushing myself further. I take more walks, and I walk faster and further than ever before. I’ve been walking hops around the same streets for four years, but now I’ve been discovering new streets and paths just to extend our walking distance and try to beat my previous walks.

I’ve never cared before, but now, I care.

Apple Watch: a Skinner box in a smartwatch’s clothing.

The new Google Photos app will automatically group your images by faces and recognized objects like cars, skylines, and food » Android Police

Google’s current Photos app uses some image processing smarts to piece together auto-awesome compilations and Stories, but the new Photos experience pushes the limits of computer vision. Not only does it pick out and identify faces, it recognizes objects like cars and food. It’s not perfect, but it’s sometimes creepily accurate.

Hmm. Is this one of those “because we can!” features, or something that’s actually really useful? Apple has had a “faces” feature in iPhoto and now Photos (only on desktop), so that is certainly helpful. But “objects”?

DxOMark just released their review of the HTC One M9’s camera. I’m not going to beat around the bush, the results aren’t great (not that any of us here at AP are all that surprised). The HTC One M9 scored a rather abysmal cumulative score of 69, placing the Taiwanese manufacturer’s latest flagship in 22nd place on DxOMark’s top mobile camera list.

Also behind the iPhone 4S (yes, the 2011 device), GoPro Hero3 and Amazon Fire Phone, as well as pretty much everything else. Hard to know to what extent DxOMark’s marks are objective, but this isn’t promising for HTC if it was hoping to pull in new users who care about this stuff.

Edward Snowden in a thread in his reddit AMA, about the recently discovered weakness in SSL caused by 1990s crypto regulations, on what you’d do if you saw some encrypted traffic that looked like it needed investigation:

You then flag those comms and task them to CES [the NSA’s Cryptographic Exploitation Service] for processing. If they’ve got a capability against it and consider your target is worth using it against, they’ll return the plaintext decrypt. They might even set up a processor to automate decryption for that data flow going forward as matching traffic gets ingested as they pass the mass surveillance sensors out at the telecom companies and landing sites. If you don’t meet CES’s justifications for the capability use or they lack a capability, you get nothing back. In my experience NSA rarely uses meaningful decryption capabilities against terrorists, firstly because most of those who actually work in intelligence consider terrorism to be a nuisance rather than a national security threat, and secondly because terrorists are so fantastically inept that they can be countered through far less costly means.

Terrorists: a nuisance rather than a national security threat, and in general fantastically inept. That actually sounds about right. It’s just that sometimes they aren’t, and they aren’t.

Rumors have been circulating recently that companies are lining up to acquire Blackberry. The shortlist includes Microsoft, Xiaomi, Huawei and Lenovo for now —  last month, Samsung was reportedly also on the list but backed out after getting a $7.5bn asking price.

As of now, Microsoft seems to be preparing a $7bn offer for the company — that’s a 26% premium for the stock.

If Microsoft does buy it, that would be the second failing phone company it has bought. Personally, I don’t see the point.

BlackBerry confirmed on Saturday that it plans to cut jobs in the unit responsible for its smartphones as it seeks to make that shrinking business profitable.

The company said it has “made the decision to consolidate (the) device software, hardware and applications business, impacting a number of employees around the world.”

BlackBerry did not quantify the number of workers that would be affected.

Fried’s piece has the full statement from BlackBerry, which includes the quote

“One of our priorities is making our device business profitable. At the same time, we must grow software and licensing revenues. You will see in the coming months a significant ramping up in our customer-facing activities in sales and marketing.”

The device business isn’t profitable and would need huge changes – principally cuts in running costs, or a huge leap in handset ASPs – to become so.