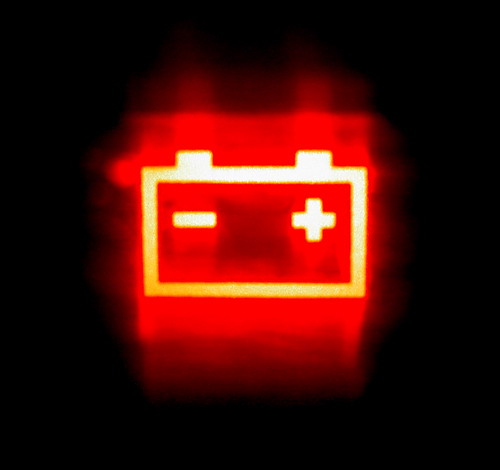 Facing slowing growth for the first time since the iPad’s 2010 debut, Apple is working on several significant software and hardware updates to reinvigorate the tablet over the next year. Apple is developing a dual-app viewing mode, 12-inch iPads codenamed “J98″ and “J99,” as well as support for multi-user logins, according to sources briefed on the plans. First planned for debut last year, the split-screen applications feature for the iPad could be introduced as soon as June at Apple’s annual Worldwide Developers Conference, while multi-user login support and the 12-inch iPads will apparently arrive later…

In Gurman we trust. He’s never told us they’re working on a TV. And these improvements would help the iPad in businesses, which is the next frontier for tablet penetration.

Channel 4 News has been investigating the cyber underworld, discovering which websites have been hacked and exposing the trade in personal information of millions of people through so-called “dark web” sites.

The investigation led to a secretive forum in which a hacker nicknamed ROR[RG] posted the details of users of Adult FriendFinder. The site boasts 63 million users worldwide and claims more than 7 million British members. It bills itself as a “thriving sex community”, and as a result users often share sensitive sexual information when they sign up.

The information of 3.9m Adult FriendFinder members has been leaked, including those who told the site to delete their accounts…

…The front page of Adult FriendFinder, which is based in California, features photos of dozens of attractive young women. Yet the hacked data, contained in 15 spreadsheets, reveals how few females appear to use Adult FriendFinder.

Smartwatch maker Pebble seems to be in some trouble. According to sources close to the company, the company is having trouble maintaining its growth and has turned to a Silicon Valley bank for a $5 million loan and $5 million line of credit. Valley VCs have been turning down the company’s requests for new capital.

Actually this feels like cashflow: it has to commit factory time to make those watches, and VC money isn’t what it needs; it needs a line of credit to pay for that. Whether it’s in trouble is a different question. I’d be surprised if it were.

Few business takers yet, but ​Chromebook sales grow to 7.3 million this year » ZDNet

The number of the low-cost Google-powered laptops sold this year is on track to grow 27m, up from 5.7m units in 2014 to 7.3m in 2015, research from analyst house Gartner shows.

The Chromebook’s growth contrasts markedly with the shrinking global PC market. However, sales of the devices remain heavily skewed towards the US and within that market, they’re largely used in schools, despite growing interest from consumers in the country.

Last year, noting signs of growing interest among businesses for Chromebooks, Gartner forecast that by 2017 sales to the education sector could rise to over 6m units, driving total sales for the year to 14 million laptops sold.

Its outlook for the next two years is more conservative, with the analyst predicting shipments to rise to 7.9m by 2016, suggesting growth of under 10% for next year.

This in a market of about 300m PCs per year. Not the dramatic displacement that had been expected. Chromebooks began in 2009. Do they really offer too little utility, or are people too wedded to Windows even though cloud services would serve them fine?

Not so fast: connected cars could cause data traffic jams » Reuters

Traffic jams in the future could cause potentially dangerous data snarl-ups as cars packed with entertainment, safety and navigation features vie for airwaves with smartphones, tablets and networked features in other vehicles, according to a study.

By 2024, mobile networks will see machine-to-machine (M2M) connections jump 10-fold to 2.3 billion from 250 million in 2014. Half these links will be automotive, said the study published on Thursday by Machina Research.

On the roads, about one in five vehicles worldwide will have some form of wireless network connection by 2020, or more than a quarter of a billion connected vehicles, according to a forecast from technology research firm Gartner.

My ZDNet colleague, Matthew Miller, bought and then returned a Samsung Galaxy S6 Edge. He liked the phone, but in the end, the poor battery life he experienced was a deal-breaker.

That’s the same problem Business Insider’s Antonio Villas-Boas found after using a Galaxy S6, essentially the same handset but without the curved edge displays, for a month. Villas-Boas learned that one single setting solved his battery life issues, however.

“I switched off Google Now, Google’s digital assistant, and my battery life skyrocketed to last me about 36 hours on a single charge with relatively decent usage, including music streaming, but without using Bluetooth or GPS. I charge it every night, but I usually have just under 50% battery left before I go to bed.”

That’s interesting for a few reasons. First of all, if it addresses the short run-time on a single charge, the setting change provides a reasonable workaround for Galaxy S6 and S6 Edge owners.

Second, there’s something else going on with Google Now on these particular handsets: The always listening feature of Google Now stopped working on these two handsets for many people in the middle of April. Google is aware of the problem, publicly noting on April 23 that it is actively working on a solution.

Some suggestions that Google Now is optimised (somehow) for Qualcomm processors; the S6 and S6 Edge uses Samsung’s own Exynos. That’s a problem is Google Now is killing the battery, though.

The clock is ticking for Dropbox » Business Insider

After coming out of Y Combinator in 2007, Dropbox hit 100 million users by 2012, and 300 million by 2015. That rapid growth made some people feel like they’d already made it. “There wasn’t that sense of ‘We haven’t won yet,'” this former employee says.

This person also tells us that DfB growth was “not stellar” as of the middle of last year.

Another person who left Dropbox last year said that the company has become noticeably slower as it’s gotten larger. (Dropbox went from 500 to 1,200 employees in the past 12 months.)

For example, a simple team change request had to go through multiple HR managers, creating a culture of heavy “process” that many engineers dislike.

In fact, in one of the internal surveys that asked if the engineers felt they were empowered to perform at full potential, almost half of them said “No,” according to this person.

Myntra.com, India’s largest online fashion retailer, has seen a 10% drop in sales since it shut its website and turned a mobile app-only etailer last week. The company, owned by Flipkart, had factored in such a decline and hoped to return to the level of sales prior to the move in the coming weeks, according to a source. Its closest rivals, Snapdeal and Amazon, however, said they had no plans to wind up their websites and focus only on mobile phone users.

“Our data shows that there are still many customers who use PCs to shop online. We do not want to force our customers to use one specific medium to shop on Snapdeal,” a Snapdeal spokesperson said.

The app-only approach seems to follow this logic: if you’re dependent on web visits for traffic and hence revenue, you’re vulnerable to someone who has better SEO or the vicissitudes of the dominant search engine. Better therefore to build up a loyal audience on the app, and drive people there through advertising.