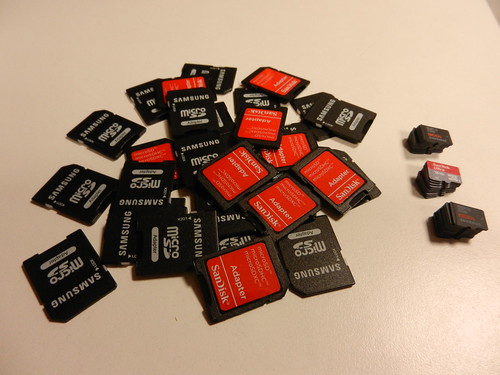 Could Samsung need these more than it thinks? Photo by seeweb on Flickr.

Many people across the country use “nanny cams” to monitor their children.  Some are closed circuit, but others allow parents to access their cameras through the Internet.  One Rochester family began to notice odd things happening with their “nanny cam”, but what they found out may shock you.

“We were sleeping in bed, and basically heard some music coming from the nursery, but then when we went into the room the music turned off,” said the Rochester mother who chose to remain anonymous.

Where were these tunes coming from? Would you have guessed another country?

“We were able to track down the IP address through the Foscam software, and found out that it was coming from Amsterdam,” said the concerned mother of one. “That IP had a web link attached to it.”

Imagine that you would like to consume a piece of content, but in between you and that content is a paywall. They’re asking $15 for one person to view the content one time. While a YouTube video might net you $2 per thousand viewers, this fantasy world I’ve just described will net you $15,000 per thousand impressions…A $15,000 CPM!

With a $15,000 CPM, every two thousand views is a full-time, living-wage human per year!

Of course, this model would never work…except that it works every day at every movie theater in America.

Oh yeah. Then again, making a movie is incredibly expensive: the paywall around that process is unbelievable, running to millions of dollars. The barrier to entry for YouTube is effectively zero.

Following a suggestion I made, Android Pit asked its readers whether they wanted a removable battery and/or SD card slot on the Galaxy S6. No data on how many people responded (and of course it’s a self-selecting survey – see later), so take with a pinch of salt what Kris Carlon finds:

The survey results also showed that only about two-fifths of Samsung owners currently carry a spare battery, and that the other three-fifths either don’t have one or rarely use the spare battery they do own.

Only 18% of respondents stated a removable battery was critical and would turn them off buying Samsung in future. Another 28% claimed it was important and that they would consider other manufacturers with removable battery options.

That’s 46% of current Samsung customers not happy with the decision to remove the removable battery. However, 54% said it either didn’t matter so much or that they preferred fast charging to a removable battery.

Pretty much in line with what I expected. Different story with SD cards:

Almost two-thirds of participants either stated that they would no longer buy Samsung without a SD card slot or would consider buying other manufacturers that do include this feature on their smartphones. That’s 65% of current customers unhappy with Samsung’s decision to remove microSD expansion.

Let’s see if they don’t buy an S6, though. (Note: Samsung’s preliminary quarterly results for the first three months – not including the S6 launch – should now be available via its investor site.)

What to look for in the Apple Watch reviews » Beyond Devices

The hardest thing for reviewers to gauge will likely be one of the most important factors in its ultimate success or failure – whether the Watch is compelling enough as an addition to the iPhone that its appeal lasts beyond the initial period when the novelty wears off. I don’t know how long reviewers will have had the Watch by the time they do their reviews, but it may well not be long enough to draw a conclusion on this. The Watch, like the iPad, lacks a single compelling selling point. Rather, I think each user will have to discover their own reasons why wearing one makes sense.

It’s time for the Watch » Above Avalon

Neil Cybart, in a thorough recap of how the Apple Watch got to where it is, makes a salient point about how we try to rationalise, or find a story thread, in stuff that’s more accidental:

Looking back at the iPad and iPhone, many have developed elaborate stories around those products in order to address the mystery. In reality, they were simply great products that relied on a revolutionary multi-touch user interface. After launching at a too-high price (and different business model based on mobile revenue sharing) and without an app store, it took Apple and the iPhone three years and additional features and changes before hitting mass-market awareness. However, the legend was that Apple foresaw the coming mobile app revolution. Stories are told to provide answers to the unknown. The problem occurs when those answers are fabricated. Apple is launching the watch as a fun, personalized iPhone accessory with different use cases dependent on the user. If one doesn’t leave the complicated stories and theories at the door, it will be difficult to see the Apple Watch for what is and, more importantly, isn’t.

China’s smartphone market is already crowded. But we’re expecting to see another half a dozen Chinese Android phone brands emerge in 2015. Many of them are already big tech companies in their home sectors.

LeTV, Qihoo, Gree, Smartisan – expect to hear more about them.

Only Vice magazine decided to ask questions of the stats. And this is what they found:

“It turns out the study was conducted by a “creative market research” group calledOnePoll. “Generate content and news angles with a OnePoll PR survey, and secure exposure for your brand,” reads the company’s blurb. “Our PR survey team can help draft questions, find news angles, design infographics, write and distribute your story.

“… The OnePoll survey included just 11 multiple-choice questions, which could be filled in online. Children were recruited via their parents, who were already signed up to OnePoll.”

There are so many methodological issues here I can’t list them all, but let’s try. Firstly, there’s the issue of how representative OnePoll users are as a whole and how accurately they complete the survey (the site pays 20p per survey completed, and you have to reach £40 before you can withdraw). There’s the issue of self-selection (PDF) and of whether children are in an environment to give honest answers. And there’s the issue of leading questions: “I am addicted to pornography”?

As Vice’s article points out, research into this area is normally carried out very carefully to avoid these problems.

I’m always extremely wary of “surveys” like this; good to know Vice is too. Google News shows 129 hits for “NSPCC pornography”. Will any of them retract their pieces as a result of this untrustworthy data?

November 2014: Is the Rolling Stone story true? » Shots in the Dark

Richard Bradley is a former editor at George magazine, where he dealt with stories written by Stephen Glass which were shot through with untruths – which gave him an eye for it:

Written by a woman named Sabrina Rubin Erdely, the article is called “A Rape on Campus: A Brutal Assault and Struggle for Justice at UVA.”

The article alleges a truly horrifying gang rape at a UVA fraternity, and it has understandably shocked the campus and everyone who’s read it. The consequences have been pretty much instantaneous: The fraternity involved has voluntarily suspended its operations (without admitting that the incident happened); UVA’s president is promising an investigation and has since suspended all fraternity charters on campus; the alumni are in an uproar; the governor of Virginia has spoken out; students, particularly female students, are furious, and the concept of “rape culture” is further established. Federal intervention is sure to follow.

The only thing is…I’m not sure that I believe it. I’m not convinced that this gang rape actually happened. Something about this story doesn’t feel right.

Note that he wrote this when everyone was insisting that the story was true, must be true. Erdely isn’t the first journalist to be spoofed (it’s happened to me, though for much, much lower stakes). The failure was at Rolling Stone, where there wasn’t enough scepticism. And that failing continues throughout a lot of journalism; I notice it a lot (at a lesser scale) in tech journalism.

The South Korean government plans to remove ActiveX from the county’s websites to boost foreign online shopping. The Ministry of Science, ICT, and Future Planning said on Wednesday that it will let the private sector drop the troublesome technical requirement, which has been cited as a major obstacle in Internet transactions.

ActiveX is an Internet Explorer exclusive plug-in that allows Internet Explorer to run executable files on a user’s computer. Most of Korea’s financial websites and online shopping malls have relied on ActiveX to run their proprietary payment systems and online identity protection programs. But the outdated ActiveX dependency has prevented users of other web browsers or mobile devices from using those local websites…

…According to the Ministry, at least 90 percent of the country’s top 100 websites will replace ActiveX with alternative systems and technologies by 2017. This ActiveX-free plan provides subsidies of up to 50% of the financial costs to stop using ActiveX-based systems and to create HTML5-related alternative technologies to replace it, up to 100m won (US$91,734) per web site or 20m won (US$18,345) per solution.

So, so very overdue. South Korea has seen so many hacks due to its reliance on ActiveX, which has also held back mobile commerce.