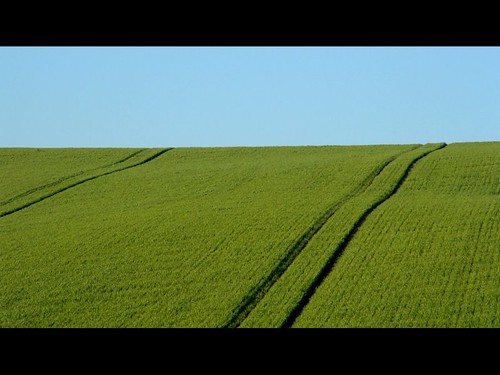 The view for too many small businesses, in Intel’s opinion. Photo by Ella’s Dad on Flickr.

A selection of 7 links for you. To read. I’m charlesarthur on Twitter. Observations and links welcome.

Why is Apple making a gold watch? » Benedict Evans

Apple stores are huge rich-media billboards on every major shopping street in the developed world: I can’t think of any other company that has shops as big as that in such premium locations in as many places. Apple retail is a self-funding marketing operation. So too, perhaps, is the gold watch. Apple might only sell a few tens of thousands, but what impression does it create around the $1,000 watch, or the $350 watch? After all, the luxury goods market is full of companies whose most visible products are extremely expensive, but whose revenue really comes from makeup, perfume and accessories. You sell the $50k (or more) couture dress (which may be worn once), but you also sell a lot of lipsticks with the brand halo (and if you think Apple’s margins are high, have a look at the gross margins on perfume).

Meanwhile, though other companies are already making metal smart watches, I struggle to imagine Samsung making solid gold watches. Apple’s brand might or might not work there, but no other CE company’s does. That is, if this is marketing, and if it works, it’s marketing that no-one else can do.

On another tack, perhaps the biggest message that this sends is that the Apple watch is not a technology product. It’s a post-‘feeds and speeds’ product. Today we have prices and release dates for the watch but no tech specs at all – because they’re irrelevant to the user experience.

Perfume margins are amazing. And yes, consider how sales of a Samsung gold smartwatch would go.

Mozilla’s Firefox is in danger of making the endangered species list for browsers.

Just two weeks after Mozilla’s top Firefox executive said that rumors of its demise were “dead wrong,” the iconic browser dropped another three-tenths of a percentage point in analytics firm Net Applications’ tracking, ending February with 11.6%.

That was Firefox’s lowest share since July 2006, when the browser had been in the market for less than two years…

…In the last 12 months, Firefox’s user share – an estimate of the portion of all those who reach the Internet via a desktop browser – has plummeted by 34%. Since Firefox crested at 25.1% in April 2010, Firefox has lost 13.5 percentage points, or 54% of its peak share.

The XP refresh is/was still going on? Amazing. (During the same period last year, Intel’s revenue was $12.7bn. So it might be very close to zero growth.)

What do people want from a news experience? » Tales of a Developer Advocate

I posited that users want (in order of priority):

• Notifications of important news as it happens
• An icon on the launcher so it can be loaded like an app
• News available to them offline (i.e, when they are in the tube)
• A fast site

My own intuition of an industry I am not too heavily involved in probably can’t be trusted as much as I think it can, so I sent out a terribly worded tweet.

What happened next will inform and entertain you. (No really, it will.) It did him.

Thousands have already signed up for Apple’s ResearchKit » Bloomberg Business

Stanford University researchers were stunned when they awoke Tuesday to find that 11,000 people had signed up for a cardiovascular study using Apple Inc.’s ResearchKit, less than 24 hours after the iPhone tool was introduced.

“To get 10,000 people enrolled in a medical study normally, it would take a year and 50 medical centers around the country,” said Alan Yeung, medical director of Stanford Cardiovascular Health. “That’s the power of the phone.”

That’s people who would have had to download the update and opt in. Some fret about the quality of data (biased selection) but:

The data may not be perfect, but many concerns about ResearchKit – such as whether the patient sample is representative – are issues with traditional clinical trials as well, said Todd Sherer, CEO of the Michael J. Fox Foundation for Parkinson’s Research, which has collaborated with nonprofit group Sage Bionetworks on one of the apps.

Forking hell! Baidu gives up on its Android-based OS » Tech In Asia

No news means bad news when it comes to tech companies. If they’ve nothing to boast about, the ensuing silence looks suspicious. That’s been the case with Baidu’s version of Android (pictured above), which launched in late 2011.

Despite a high-profile and promising start as Dell made use of Baidu’s Android-based Yun OS for a new China-only phone, the Chinese search giant’s OS thereafter didn’t show any signs of finding favor with the nation’s smartphone shoppers. Yesterday, Baidu confirmed in its Yun OS forums that the Android skin will not get any more updates. The project is now suspended.

Had its own product suite, but missed the boat for this. However, has 500m monthly active users for its mobile search and 200m MAUs for its maps product. Might struggle by.

Housed within Dixons Carphone DC.LN -0.41%’s Currys PC World store on Tottenham Court Road, the Google Shop will give Google the opportunity to show off its range of Android phones and tablets, Chromebook laptops and Chromecasts.

“The pace of innovation of the devices we all use is incredible, yet the way we buy them has remained the same for years. With the Google Shop, we want to offer people a place where they can play, experiment and learn about all of what Google has to offer,” said James Elias, the U.K. marketing director for Google.

In some ways, the Google Shop is more of a branding exercise than an approximation of a standalone store. All sales from the store go to Dixons Carphone.