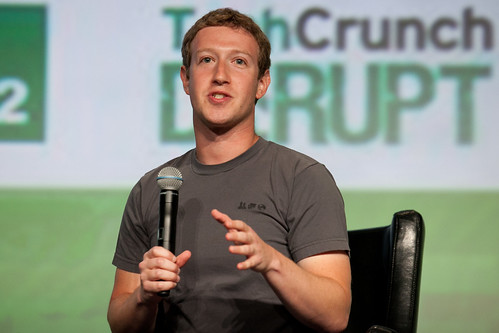 Image recognition reckons this could be a cardigan. Photo by jdlasica on Flickr.

A selection of 8 links for you. Spread liberally. I’m charlesarthur on Twitter. Observations and links welcome.

We built Azure Machine Learning to democratize machine learning. We wanted to eliminate the heavy lifting involved in building and deploying machine learning technology and make it accessible to everybody. Supporting open source innovation and enabling breakthrough learning capabilities with big data were important. So were supporting community-driven development and the ability for developers to easily create and monetize cloud-hosted APIs and applications. Most importantly, we wanted our customers to easily leverage future advancements in data science.

And now that future is taking shape. Today, at Strata + Hadoop World, we are announcing the general availability release of Azure Machine Learning, a fully-managed, fully-supported service in the cloud. No software to download, no servers to manage – all you need to start doing data science is a browser and internet connectivity.

Smart – and also clever: I bet it will be difficult to export the “learning”. Already has some big-name customers. Machine learning is going to be a boom area in a couple of years – and this will help.

Jan Dawson sees a threat to YouTube by its own hand:

YouTube, with moves such as those Digiday covered today, is actually making it tougher for content creators to monetize on YouTube in the way they see fit. Videos on YouTube generate tiny amounts of money per view for content creators, and one of the ways they’ve overcome this challenge is through sponsorships. That’ll now be banned under YouTube’s new terms of service regarding advertising. At the same time, Vessel, AOL and others are targeting YouTube content creators with an emphasis on better monetization of their viewership. I’ve been skeptical of these efforts, but YouTube is playing right into their hands with some of these moves, which makes me more open to the idea that it might actually start to suffer as a result of competitive inroads from Facebook but also these smaller platforms.

EU probe into Apple’s taxes: It’s NOT to do with double-Dutch-Irish anything sandwiches • The Register

From June 2014, Tim Worstall digs in on all the rows about Apple’s giant cash hoard in Ireland:

Stripped of all of the legal complexity and jargon, the way that Apple operates outside the US is this: the main company is an Irish subsidiary of Apple. This buys all of the parts for all iKit, makes the contracts with the factories that assembles it, ships it all on (there’s all sorts of fun stages in Singapore and so on but they’re irrelevant for our purposes) and then sells it to the various Apple country operating companies. To Apple UK, Apple AG, Apple Oz and so on.

Clearly, the price at which Apple Ireland (recall, the company with all those lovely deals like the Double Dutch and so on) sells to those Apple country companies is going to determine where the profits get booked. Sell at a low price and Apple UK will, heaven forfend, make a good profit to be taxed by Osborne. Sell at a high price and the profit will be in Apple.ie where no one seems to think very much about taxing it. And the price at which such sales take place, the entire subject of those prices, is called “transfer pricing”…

…In practice, Apple tends to sell from Apple.ie into the other national subsidiaries at a price where those national companies just about scrape a profit but not very much. They can cover their retail and wholesale, their marketing costs, wages and so on, but leave only a lean slice of extra cash that gets taxed. Almost all of the profits end up in Ireland.

This isn’t, however cute we might think it is, illegal nor even naughty in a tax sense.

This is remarkably (and valuably) clear explanation of what transfer pricing is all about. Recommended, even (especially?) if you hate what Apple and others do with their profits.

Sony’s Challenges and the Future of Samsung » Tech.pinions

Ben Bajarin after Sony’s announcement that it’s going to organise itself into silos, some profitable (making things like camera sensors, Playstations and financing things), some less so (TVs and mobile):

Sony is still an innovative company. However, it may be their future is in empowering others to commercialize their innovations rather than their own product brands.

All of this makes me wonder if Sony’s struggles foreshadow a fate for Samsung. Many of the same fundamental issues surrounding Sony also surround Samsung. Their branded products are facing rapid commoditization. Samsung has been able to fend off issues that hit Sony thanks to a massive marketing budget. They are mostly out of selling PCs for similar reasons as Sony. Their mobile unit continues to see steep declines as competing with smartphones with similar specs and lower prices becomes extremely difficult. Their TV business remains a top seller but you have to wonder how long that can last, particularly if the Chinese enter the US market with good quality 4k and then 8k, and then 4k and 8k OLED TVs at extremely low cost.

The emptiness at the heart of both Samsung and Sony – both control their hardware design language, but not the software that runs it – is surprisingly similar.

The EC has asked complainants in the Google antitrust case to reiterate their points to its new competition chief, explain Tom Fairless and Stephen Fidler:

WSJ: What is the second round of questions about in the Google case? Why would you need more information?

Margrethe Vestager: When you discuss commitments for a time then the case information gets outdated. And therefore I found that for me to take the case forward, I needed an updated file. And what we see is that we sent out requests for information just before Christmas with a deadline at the end of January. And people have been very forthcoming in the information that we get. But that of course sometimes raises new questions, and therefore we just had a second round in order to get the full picture… I would like to take some of the mystery out of meeting complainants. Because they do not come here with flying [flags], they come here very calmly, stating their case, trying to underpin it with the facts of the world as they see it. So even though there is a lot going on about the case as such, when we do the casework here, it is very much boiled down to the facts that can support your views, how things are being seen. I think that is very important. Talking about speed, the stronger a case you have, the less risk it will end up in endless court proceedings. And that in any case time is an issue. Any business involved in an antitrust investigation would like us to be as fast as possible.

WSJ: Any sense how long it will take to come to a decision on Google?

Here’s a putative timetable: statement of objections by summer, some sort of settlement in autumn. Might get more complicated if Android gets rolled in; Vestager’s team is also investigating whether Google’s conditions there are anticompetitive, and has demanded a lot of information from Android phone OEMs, slightly to their discomfort.

Within the past half-decade, AI research and development has been supercharged, thanks partly to academics at Stanford University, New York University, and the University of Toronto, and researchers at Google, IBM, and various startups. They’ve accomplished things in computer vision that were unimaginable years ago, but the results of our computer eye exam show that, although machines are getting very good at some things, they still come up with strange or nonsensical answers every now and again.

Where these systems fail tells us a lot about why computers won’t be replacing us for general image recognition tasks anytime soon.

The design of Bitcoin and the blockchain, its public transaction ledger, make it challenging to distinguish specific types of transactions. Nonetheless, researchers from the U.S. Federal Reserve determined in a recent analysis that the currency is “still barely used for payments for goods and services.” Last week, nearly 200,000 bitcoins changed hands each day, on average. But fewer than 5,000 bitcoins per day (worth roughly $1.2m) are being used for retail transactions, according to estimates by Tim Swanson, head of business development at Melotic, a Hong Kong-based cryptocurrency technology company. After some growth in 2013, retail volume in 2014 was mostly flat, says Swanson.

If only 2.5% of activity is in retail (or at least, legal retail) that’s still not a currency – it’s a speculative item. The blockchain still seems like the innovation with the most promise, not bitcoin itself.

Graham Cluley explains how Hector Marco has discovered a problem affecting the Email app on Android (potentially, only on Samsung devices – though that’s quite a lot of devices) which makes them crash continually due to a malformed email header:

Fortunately, there is an easy solution. The most obvious is to log into the web version of your email and delete the offending email there. Your Android mail app will no longer attempt to download the email (because it has been zapped) and so won’t see any offending email headers that might cause it to trip over itself.

Of course, that’s quite a nuisance if someone keeps emailing you malicious emails designed to crash your mail app.

But the permanent solution should be even simpler. If you can, update your email app to version 4.2.2.0400 or higher.

Unfortunately, as Marco explains, that may not be possible for everybody because of the hairy nature of software updates on the Android platform.