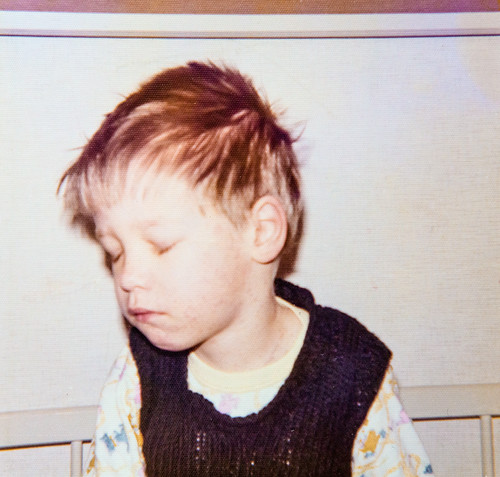 A boy with measles in 1974; forty years later it’s avoidable, but some aren’t taking the right action. Photo by pni on Flickr.

A selection of 7 links for you. Edible up to three days after opening. I’m charlesarthur on Twitter. Observations and links welcome.

There is no smartwatch market » Tech-Thoughts

It is clear to me that smartwatch technology has improved significantly over the past year. But the fact that this has had no impact on consumer adoption should be worrying. It is becoming increasingly clear that the use cases targeted by smartwatches (at least today) are primarily valued by a niche segment of technology enthusiasts. The list of questions about wearables, seems to be getting longer, but we are no closer to finding answers.

Also worth reading: Jan Dawson’s study from August 2014 on what people wanted (and didn’t) from wearables, including smartwatches; and his take on the experience of using Android Wear. And don’t forget my analysis of precisely how many Android Wear devices have been activated – though that’s not the same as “active”.

A labor rights group said Apple Inc is unable to effectively monitor standards along some of its supply chain, allowing companies such as Taiwanese assembler Pegatron Corp to keep base wages below local living expenses.

Low costs helped Pegatron win business from Apple, who moved some orders from Foxconn after an increase in labor costs aimed at addressing a spate of worker suicides in 2010, China Labor Watch (CLW) said in a report released on Thursday.

CLW, which based its findings on 96 pay stubs submitted by an unknown number of employees, said low pay compels workers to put in more hours. Its report came on the same day Apple published its 2015 Supplier Responsibility Progress Report, which showed a decline in compliance related to working hours.

“We continue to be aware of a very limited percentage of users reporting skin irritation among our users,” a Fitbit spokeswoman said in a statement to Re/code, adding that the skin reactions are not uncommon with jewellery or other wearable devices that are pressed against the skin for long periods of time.

“According to our consulting dermatologists, they are likely from wearing the band too tight; sweat, water, or soap being held against the skin under the device; or from pressure or friction against the skin.” The irritation “should resolve quickly when users take a break from the device, usually within hours or days.”

A fitness tracker that you can’t wear to track your fitness? Seems like a problem.

hello. I use CTB locker and im bored now so i decided to make this ama [Ask Me Anything]. In case you didn’t know CTB locker is a form of ransomware, probably the 2nd most wide spread after cryptowall.

Assuming this person is truthful, they claim that the percentage of affected users in “tier 1” countries who pay is 5-7%, and “0.5% on crap like India… the poorer the country the lower the rate”. Quite big income (which he then launders) but also some sizeable expenses – $2k-$10k on supporting technologies.

The scientists, technologists, and engineers who populate Silicon Valley and the California Bay Area deserve their reputation as innovators, building entire new economies on the strength of brains and imagination. But some of these people don’t seem to be vaccinating their children.

A WIRED investigation shows that some children attending day care facilities affiliated with prominent Silicon Valley companies have not been completely vaccinated against preventable infectious diseases.

6 of 12 had vaccination levels below the 92% needed for herd immunity. And there’s an amazing stat at one of the Google daycares – though Google says that that’s due to outdated records. Unnerving, even so.

Today, we have new info on the software side of things of the Galaxy S6, thanks to one of our insiders. There are some really interesting things Samsung is doing if our info is correct, and perhaps the biggest change the S6 will bring is the removal of all pre-installed Samsung apps, or at least that’s how our insider put it.

It’s unclear just what kind of apps Samsung has removed. It’s possible that things like S Voice, S Health, S Note or Scrapbook will not be pre-loaded anymore and will instead be offered on the Galaxy Apps store. What’s interesting is that Samsung has apparently pre-installed quite a few Microsoft apps, possibly as a result of the deal the two companies made recently in relation to the patent royalty case they were embroiled in.

The Galaxy S6 will come with apps like Microsoft OneNote, OneDrive, Office Mobile (with a free Office 365 subscription), and Skype. With Windows Phone failing to make a dent on the smartphone market, Microsoft has recently shifted focus to its software services, and having them pre-installed on one of the bestselling Android smartphone lineups might just give the Redmond giant the exposure it needs to court consumers into switching from Google’s massively more popular services that come preloaded on all Android devices.

This would make sense from all parties’ point of view. Wonder what Google would make of it, though.

What are they afraid of: will Schmidt take the Fifth again in @agjimhood’s Mississippi investigation? » MUSIC • TECHNOLOGY • POLICY

So it’s not surprising that Google is now trying to block Mississippi Attorney General Jim Hood’s investigation into the self same “plea bargain” that Google struck with the Criminal Division of the US Department of Justice for which Google paid $500,000,000.

This is related to Google paying $500m for having advertised prescription drugs from Canada to US users, which broke the law. Now the Mississippi attorney-general is after them, and this article points out how there’s some very strange goings-on.