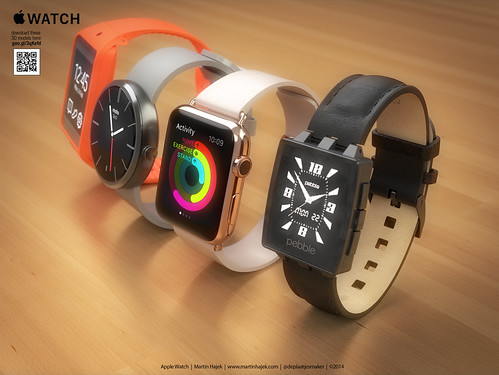 Neil Young’s PonoPlayer: The emperor has no clothes » Yahoo News

The Pono Player, once just a Kickstarter prototype, is now a product that anyone can buy, for $400. To hear the magic, you’re supposed to buy all new music—high-resolution audio files—from Pono’s new music store (ponomusic.force.com), and load them onto your Pono using a new Mac or PC loading-dock program (Pono World). Albums cost about $25 each.

You’ve got to admit it: The argument for the Pono Player sure is appealing — that we don’t know what we’ve been missing in our music.

I’m 51 and a former professional musician. I know how to listen. But when I bought Pono’s expensive remastered songs and compared them with the identical songs on my phone, I couldn’t hear any difference whatsoever.

He carried out an A/B test , but – DOOM! – used a Radioshack switch to do it. This has people saying that the switch is the reason why people couldn’t tell the difference. Uh, no. It’s electricity, not witchcraft.

BMW drivers can use the software and SIM cards to activate door locking mechanisms, as well as a range of other services including real-time traffic information, online entertainment and air conditioning.…

…cybersecurity experts have criticized the automotive industry for failing to do more to secure internal communications of vehicles with network-connected features.

The danger, they say, is that once external security is breached, hackers can have free rein to access onboard vehicle computer systems which manage everything from engines and brakes to air conditioning.

They fear it is only a matter of time before hackers might break into wireless networks on cars to exploit software glitches and other vulnerabilities to try to harm drivers.

Charlie Miller, ex-NSA, is very interested in hacking cars – just to see what can be done. He was the person who showed publicly how to hack the iPhone back in 2009. So what he’s thinking, the NSA – and many others – probably are too.

Waze and the politics of public spaces » NYMag

To let Waze pick your route is to feel a kind of surrender. The presence of all those other users in the system (50 million worldwide, dutifully flagging accidents and vehicles stopped on the side of the road and police cars up ahead) means that you never know whether you are being directed by the machine algorithm or the human ghost within it. You could imagine that my Dobbs Ferry detour was a kind of hiccup in the Waze mapping algorithm, or the consequence of someone driving up the Saw Mill ahead of me and mistakenly flagging an accident when they were trying to text. Or, if you are open to more devious possibilities, you might imagine an unscrupulous coffee-shop owner in downtown Dobbs Ferry continuously reporting phantom accidents on the Saw Mill, hoping to divert customers off the road and past his counter…

…The promise of Waze is that it occupies public spaces while subverting the public’s control of that space — the cops, whose speed traps are flagged by passing Wazers, and the arterial systems by which we funnel traffic away from residential neighborhoods. I think this explains that strange little feeling you get, both a bit anxious and a bit excited, when Waze starts sending your car on some manic sprint away from traffic

An odd feeling, and that’s just from traffic routing. Wait until it’s deciding what you do with your day all the time.

Let’s ignore each other together » Medium

Recently I was out to dinner with a big group of colleagues, chatting while we waited to be seated in a restaurant. I didn’t notice the sudden lull that had come over the group until someone commented, “So we’re all doing this, huh?”

Most of us were looking at our phones. And resigned in the act, too — no pretense of apology, no genuine sense that it was inappropriate or impolite. Once acknowledged, more people took phones out, and we all began concentrating on them in earnest rather than guiltily, enjoying the permission to indulge in the few minutes of relief we all knew we all wanted.

Despite the finger-wagging modern etiquette pieces, the obligation to provide your full attention to any one person or thing for a sustained period of time is becoming more difficult to meet.

Er.. is this a generational thing? If I’m out for dinner with people, then sure I’ll have put my phone away. It’s pretty easy really. But sure, you have to want to talk to people who are there.

The whole piece is an interesting take on Ringly, a ring that does notifications which I think is a novel approach to the topic.

While Google Plus is a failure, Facebook is super-sticky, and acquisitions like Instagram and WhatsApp are designed to make it even stickier. While a 40-something Google user might be in-and-out in seconds, a 20-something Facebook user may spend hours on that site. Over the last year, Facebook is up 40% while Google stock is down 10%.

This doesn’t mean Google is dead. Google has an enormous global infrastructure, it has lots of smart people and it has enormous resources with which to address its problems. But YouTube isn’t Amazon.com or Netflix, as a studio it’s nowhere.

Google has always described its business as search, but what happens to customers when they find? This is something the company’s products have never answered. They’re the conduit, not the destination.

“Stickiness” matters; if people spend time on a service, that matters. Though you could ask “what about people looking at Facebook on Android phones?” But the ability to monetise mobile is where Facebook clearly shines – and outshines Google.

How ‘precarious’ are Jawbone’s finances? » Fortune

A lawsuit suggested the wearables company was a long way behind paying some debts, Adam Lashinsky explains:

One reason why Jawbone, a company with hundreds of millions of dollars of revenue, is having trouble paying its debts is that it isn’t profitable. What’s more, it has had trouble raising additional funding, despite having collected more than $400m in debt and equity over the course of its 16-year existence. As previously reported, Jawbone agreed with financial firm Rizvi Traverse early last year to an investment round of $250m. Yet over the course of 2014 not all the investment materialized. According to the Flextronics suit, in late June Jawbone agreed to a five-month payment plan with Flextronics. “Jawbone advised Flextronics that it would be receiving additional funding that would assure Jawbone’s ability to make the payments,” the suit says.

According to the suit, Jawbone again failed to make a payment deadline, prompting the suit, which was promptly settled. Jawbone, surprised the lawsuit documents were publicly available, issued the following statement: “The fact that the lawsuit was so quickly dismissed after it was filed shows that this business dispute was really more of a miscommunication between two partners.” According to multiple sources, Jawbone repeatedly has been late on payments to various vendors over the course of its corporate history.

Jawbone seems to pervasive to fail, and yet it’s the sort of thing that can happen. Who would buy it if it hits the rocks?

I spotted an Apple Watch on the train this morning, and now I’m a believer » VentureBeat

As the train stopped in a tunnel, the man apparently received a reminder on his wrist, and when he raised his wrist I got a clear view. No, it wasn’t one of the knockoffs they were selling at CES. This thing looked like a luxury item, and it had the now familiar “bubbles” Watch user interface.

I saw a text reminder on the screen, and then, briefly, a map. It appeared that the guy had been using the Watch for some time and was pretty used to it. The product is supposed to go on sale in April, but Apple gave Watches to a number of its employees to gather feedback and fix bugs.

On this guy, at least, the Watch looked proportionate to his wrist. The polished metal watch band looked very traditional, and, it seemed to me, made the Watch itself seem less out of the ordinary. It’s very much within the wristwatch paradigm, and doesn’t scream for attention.

One thing that disturbed me slightly about the device?

Like other blockbuster Apple products, when you see it, something somewhere in the corner of your mind clicks on, and then you realize:

The commenters are enthralled. Well, that might be the wrong word. Obviously, they’ve all seen one and… no, hang on.

Billions of new customers will buy phones powered by Android before the end of the decade. Already there are hundreds of millions of Android phones that don’t run Google’s version of the software, but that group is highly fragmented. Cyanogen investors believe the company can consolidate a chunk of the non-Google-controlled Android market and build its own “ecosystem” of hardware and app partners.

As Google requires Android phone manufacturers to pre-install more Google-owned apps, much to the chagrin of Google’s rivals and some of those manufacturers, Cyanogen sees an opportunity to create an “open” platform that rewards the best services and applications based on what device owners choose. That’s closer to the original vision of Android co-founder Andy Rubin, who sold his startup to Google and developed the Android operating system there, before stepping aside for Mr. Pichai last year.

A Google spokesman did not have a comment. Kirt McMaster, Cyanogen’s CEO, acknowledged the startup is “talking to many potential partners including software makers and hardware manufacturers.” Existing investors include Andreessen Horowitz, Redpoint Ventures, Benchmark Capital and Chinese Web-services giant Tencent.

If Microsoft is investing, things become more interesting – and Cyanogen could be the route out of China for lots of software and services companies that otherwise can’t get onto Android handsets.

Deutsche Bank notes that total module costs of leading Chinese solar companies have decreased from around $1.31 a watt in 2011 to around $0.50/W in 2014. It says this was primarily due to the reduction in processing costs, the fall in polysilicon costs and improvement in conversion efficiencies.

That represents a fall of around 60% in just three years. Deutsche Bank says total costs could fall another 30-40% over the next several years, with the greatest cost reductions are likely to come from the residential segments as scale and operating efficiencies improve.

It sees a precedent for this in the oldest major solar market in the world – Germany. “Costs today are well below costs in the United States and other less mature markets, and total installed costs have declined around 40% over the past three years in the country. The exact drivers behind cost declines may vary between countries, but we believe the German example continues to prove that overall system costs have yet to reach a bottom even in comparatively mature markets.”

Make a note: even with the plunging oil price, solar is going to be a sensible power source in the longer term.