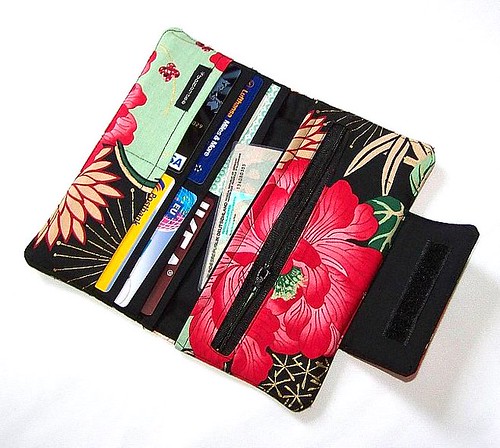 A thing of beauty – and an endangered species? Image by bozontee on Flickr.

A selection of 9 links for you. I’m not at CES, but if anything amazing happens there I might link to it through the week. (This doesn’t feel like an “amazing” year though. The last one to fit that description was probably 2011, when the Motorola Xoom and BlackBerry PlayBook made their first appearances. Ah, memories.)

A technique called deep learning has enabled Google and other companies to make breakthroughs  in getting computers to understand the content of photos. Now researchers at Cornell University and the University of Wyoming have shown how to make images that fool such software into seeing things that aren’t there.

The researchers can create images that appear to a human as scrambled nonsense or simple geometric patterns, but are identified by the software as an everyday object such as a school bus. The trick images offer new insight into the differences between how real brains and the simple simulated neurons used in deep learning process images.

In other words, this sort of thing:

How my mom got hacked >> NYTimes.com

Alina Simone’s mother had her computer encrypted by Cryptowall (essentially uncrackable), ransomed to $500 payable in Bitcoin – which wasn’t easy to sort:

it appeared her payment had arrived too late as well: By the time I got home from Greenpoint, her CryptoWall ransom had been raised to $1,000, and the $500 in Bitcoins she had deposited had vanished. In a panic, she wrote to Mike Hoats asking for advice. What he told her sounded crazy to me. Use the CryptoWall message interface to tell the criminals exactly what happened. Be honest, in other words.

So she did. She explained that the virus had struck the same week that a major snowstorm hit Massachusetts and the Thanksgiving holiday shut down the banks. She told them about the unexpected Bitcoin shortfall and about dispatching her daughter to the Coin Cafe A.T.M. at the 11th hour. She swore she had really, really tried not to miss their deadline. And then a weird thing happened: Her decryption key arrived.

When I shared the news with Mr. Hoats, he was jubilant. “That is great news, truly!” he wrote. “Whoever these yahoos are, they have some little shred of humanity.”

But Mr. Wisniewski had a more pragmatic take. “From what we can tell, they almost always honor what they say because they want word to get around that they’re trustworthy criminals who’ll give you your files back.”

Netflix cracks down on VPN and proxy “pirates” >> TorrentFreak

Netflix is starting to block subscribers who access its service using VPN services and other tools that bypass geolocation restrictions. The changes, which may also affect legitimate users, have been requested by the movie studios who want full control over what people can see in their respective countries.

Do AMOLED phone screens degrade over time? Yes, proof time, but… >> All About Windows Phone

Steve Litchfield wanted to find out whether the colour in AMOLED screens “washes out”:

I happen to have ended up with two Lumia 1020s – one is the workhorse that I’ve used almost every day for eighteen months, while the other is an AT&T model that doesn’t work on UK frequencies and so had hardly been used at all – just the odd test here and there. So, why not try looking at the same screens of content on both the ‘old’ 1020 and the ‘as new’ 1020? Would I be able to tell any difference?

Helping me were my family, who each voted on which screen looked clearer and crisper, without being told of the reason for the test or what they should be looking for. Each phone was set up with the same app, the same content and the same ‘Automatic’ brightness setting. Minor concerns were that the ‘old’ 1020 was on the Developer Preview programme and thus had a slightly newer version of the OS.

He took pictures and everything:

the very pentile nature of the 1020’s screen (and remember the same will be true for devices like the 925) means that a lot of the detail is being handled by the alternating red and blue sub-pixels, effectively edging the smartphone screen down from 768p to a very humble 384p.

Xiaomi confirms it sold 61m phones in 2014, has plans to expand to more countries >> TechCrunch

Xiaomi, the Chinese smartphone maker that raised $1.1bn last month, has confirmed that it sold 61.12m phones last year, bringing in an apparent revenues of 74.3bn CNY (US$12bn) in the process.

The new figures were released by CEO Lei Jun on Weibo and are right in line with the company’s expectation for the year. Xiaomi sold 18.7m devices in 2013, and 7.2m in 2012, so the four-year-old company is continuing to grow its business at a rapid rate — its recent funding round valued it at $45bn and it is now the world’s third largest smartphone maker.

Great! Although note that those numbers mean it sold fewer in calendar Q4 than Q3 (Ben Bajarin charted it here – from 18.1m to 17.1m. Why? No explanation given, but (you’d hope) the venture capitalist investors must have known when they piled in. Bajarin reckons (and it seems very likely) that they fell out of the world’s top five smartphone makers in Q4.

So where’s Xiaomi going? Into multiple smart devices – phones will quickly get played out – but I don’t see any chance of them coming to the US or Europe with a phone in 2015. They’d get fried over the intellectual property issues relating to smartphone patents, where they’ve already been burnt in India.

Jess Carter-Morley (who is The Guardian’s fashion editor):

the wallet, that great talisman of adult life, is heading for extinction. As a day-to-day essential, it will die off with the generation who read print newspapers. Most of us, as children, played shops with Fisher Price tills, counting out the plastic coins and swapping them for plastic tomatoes. And we have grown up, and continued to do real shopping, in almost exactly the same way. But that kind of shopping – where you hand over notes and count out change in return – now happens only in the most minor of our retail encounters. Buying a bar of chocolate or a pint of milk, from a cornershop or a train station kiosk. At the shops where you spend any real money, that money is increasingly abstracted. And this is more and more true, the higher up the scale you go. At the most cutting-edge retail flagships – Victoria Beckham on Dover Street, say, or Burberry on Regent Street – you don’t go and stand at any kind of till, when you decide to pay. The staff are equipped with iPads which they can whip out and use to take your payment while you relax on a sofa.

She has a very good point. Also, what will kids do shop-play with in a generation’s time? Will they wave their plastic phones over their plastic readers to say they’ve bought something?

The Gawker site takes the “we’ll explain the news to you and make it fun!” site to task, pointing out that it’s pretty hard to have people who are really experts in every field they write about. These ones particularly caught my eye (but there are 44 others):

9. Article Headline: Ignore age—define generations by the tech they use

Correction: This post originally gave incorrect dates for the introduction of radio and television technology and the invention of the cell phone. It also mis-labeled the web as the internet. We regret these errors.

10. Headline: The man who escaped both doomed Malaysian Airlines flights

Correction: Many of the key elements of Maarten de Jonge’s story have been disproven by subsequent reporting (particularly by Slate). There is no evidence that De Jonge actually booked a ticket on either flight. We’re sorry for repeating unverified claims.

Getting hoaxed is so dangerously easy for journalists online now. But some bring it on themselves. Now read on..

2014 is over, but the Macalope is still cleaning up the mess from the crappiest New Year’s Eve party ever. Because as 2014 wound down, tech sites got wound up about some survey results.

Business Insider‘s Julie Bort knows the score: It’s Samsung a billion and Apple zero. Or, well, 81 to 79, according to the American Customer Satisfaction Index.

The Macalope is great at this sort of riffing, but there’s a serious point here. As gets pointed out, Business Insider sourced this from Engadget, which sourced it from BGR, and yet none of them looked to see quite when the survey was carried out by ACSI. Turns out it was in May (you can see the unchanged scores – Samsung 81, Apple 79 – that are quoted).

There’s huge amounts of guesswork rolled into the BI piece and another at Hot Hardware (“#bendgate may have affected the scores”). All based on a survey from seven months ago.

And people wonder why “tech sites” didn’t get the Snowden leaks.

Vinnie Omari, an alleged member of Lizard Squad, arrested by the police investigating PayPal thefts and cyber-fraud offences occurred in 2013-14 while raiding his London home. Law enforcement officials reportedly seized phones, laptops and an Xbox from his home.

“The arrest is in connection with an ongoing investigation into cyber-fraud offences which took place between 2013 and August 2014 during which victims reported funds being stolen from their PayPal accounts,” Thames Valley police said in a press release.
Omari, who is a student of network security and ethical hacking, provided a copy of the search warrant to the Daily Dot, but the details have not been confirmed with local police yet. The press release from the Thames Valley Police Department confirms that Omari was arrested “on suspicion of fraud by false representation and Computer Misuse Act offences [sic].”

“They took everything… Xbox One, phones, laptops, computer USBs, etc.,” Omari said in an email to the Daily Dot, who broke the story.

The Federal Bureau of Investigation (FBI) is also reportedly investigating another Lizard Squad member named Julius “Ryan” Kivimaki a 17-year-old teenager, for his connection to the alleged DDoS attacks against Xbox Live and PlayStation Network. He was arrested by Finnish authorities later this week.