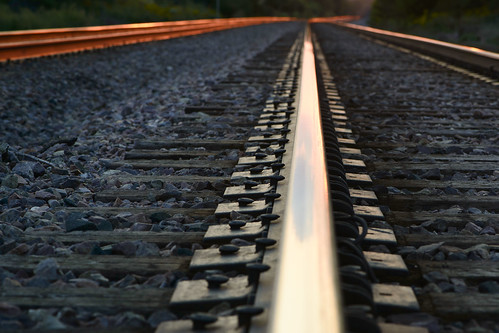 A selection of 12 links for you. Wash repeatedly. I’m charlesarthur on Twitter. Observations and links welcome.

Down by half from 2013, according to mobile analyst Chetan Sharma:

A lot of that is due to the big drop in profits at Samsung, the largest player in the Android market. China’s Xiaomi gained significant market share, but is only modestly profitable thanks to its slim margins. Meanwhile, other players like Sony and Motorola lost money in their Android-based mobile businesses.

That’s obviously of concern to the hardware companies, but it should also be worrisome for Google.

“It is important for Google that the ecosystem stays healthy and balanced,” Sharma told Re/code. “Without profitability, some of these players will eventually disappear and it will primarily become a Samsung + Chinese OEMs ecosystem, which is probably not what Google wants.”

Not sure Google is too worried, as long as lots of people use Android, or Google apps on iOS.

Ebooks Direct and new EU digital sales rules: what now? >> Out of Ambit

If you’re a large company with accountants this is one of those things you just shrug and deal with, since you’re already registered for VAT and you’ll just fold this extra paperwork and bureaucracy-management into all the other paperwork your accountants already deal with. However, if you’re (for example) someone on disability who’s keeping themselves afloat by selling digital comics, or a stay-at-home mom running a small electronic travel-publication business from her kitchen table—or for that matter, if you’re a pair of science fiction and fantasy writers running a small ebook publishing business from a tiny cottage at the foot of the Wicklow Mountains—then the extra bureaucracy and paperwork burden is not at all welcome. For some of our colleagues, this increased burden of regulations and bureaucracy simply means they’ll have to shut down. They can’t afford the cost of VAT registry or an accountant, or they won’t be able to procure the necessary IDs and proofs of location from their customers, much less store them for a decade.

This situation is even more onerous in places where, until now, businesses this small were spared having to register for VAT at all. But the EU law regarding sale of digital goods has no such eligibility threshold—no equivalent level above which you’re expected to afford accountancy services and so forth, since you’re making enough money to make it worthwhile registering for VAT in the first place.

The regulations seem onerous – if you sell anything at all electronically, you have to register for VAT. Regulations like this make a subversion via Bitcoin much more attractive and hence likely, which could have a serious (negative) effect on government revenues.

A reverse Google image search on the fake Xiaomi laptop reveals that the closest image source seems to be an undated clone, with the splendid name Kaka i5 (pictured below), that already has an orange power button. So the Xiaomi laptop hoaxers simply had to Photoshop on an orange Xiaomi logo.

The dubious story first appeared in English on GizmoChina, a site we’ve never heard of before, and then was picked up without further investigation by well-known sites such as 9to5Mac and BusinessInsider (update: story screenshots here and here, respectively). Not so much Pulitzer prize for journalism as Wurlitzer prize for churnalism.

Round of applause for that last phrase, sir. Chapeau.

Nicholas Nethercote, with what could also be titled “AdBlockPlus actually makes your browser and computer run slower”:

we recently learned that ABP can greatly increase the amount of memory used by Firefox.

First, there’s a constant overhead just from enabling ABP of something like 60–70 MiB. (This is on 64-bit builds; on 32-bit builds the number is probably a bit smaller.) This appears to be mostly due to additional JavaScript memory usage, though there’s also some due to extra layout memory.

Second, there’s an overhead of about 4 MiB per iframe, which is mostly due to ABP injecting a giant stylesheet into every iframe. Many pages have multiple iframes, so this can add up quickly. For example, if I load TechCrunch and roll over the social buttons on every story (thus triggering the loading of lots of extra JS code), without ABP, Firefox uses about 194 MiB of physical memory. With ABP, that number more than doubles, to 417 MiB. This is despite the fact that ABP prevents some page elements (ads!) from being loaded.

An even more extreme example is this page, which contains over 400 iframes. Without ABP, Firefox uses about 370 MiB. With ABP, that number jumps to 1960 MiB. Unsurprisingly, the page also loads more slowly with ABP enabled.

AdBlock Plus has about 19m users. That’s a lot of people penalising their computing experience in order not to penalise their visual experience (and penalise the sites they use).

Researchers at McAfee – in a joint investigation with the Technische Universität Darmstadt and the Centre for Advanced Security Research Darmstadt (CASED), has identified that a threat campaign has been active in South Korea in the last few days, attempting to exploit the media frenzy surrounding “The Interview”‘s release.

McAfee security expert Irfan Asrar tells me that a torrent making the rounds in South Korea, poses as an Android app to download the movie to mobile devices.

However, in truth, it contains an Android Trojan detected by McAfee products as Android/Badaccents.

Android/Badaccents claims to download a copy of “The Interview” but instead installs a two-stage banking Trojan onto victims’ devices.

Amazon-hosted files, sending data back to a site in China, which checks for whether the devices are made in North Korea – though the latter is likely not an important detail.

The slow death of ‘Do Not Track’ >> NYTimes.com

Fred Campbell, who is executive director of the “Center for Boundless Innovation in Technology”, and also a former chief of the Federal Communications Commission’s Wireless Telecomms Bureau:

The idea, known as “Do Not Track,” and modeled on the popular “Do Not Call” rule that protects consumers from unwanted telemarketing calls, is simple. But the details are anything but.

Although many digital advertising companies agreed to the idea in principle, the debate over the definition, scope and application of “Do Not Track” has been raging for several years.

Now, finally, an industry working group is expected to propose detailed rules governing how the privacy switch should work. The group includes experts but is dominated by Internet giants like Adobe, Apple, Facebook, Google and Yahoo. It is poised to recommend a carve-out that would effectively free them from honoring “Do Not Track” requests.

If regulators go along, the rules would allow the largest Internet giants to continue scooping up data about users on their own sites and on other sites that include their plug-ins, such as Facebook’s “Like” button or an embedded YouTube video. This giant loophole would make “Do Not Track” meaningless.

Essentially because, the article points out, collecting user data has become the raison d’etre for so many companies, and the money hose that affords “free” maps, email, and so on. But the US Federal Trade Commission, which is meant to protect consumers, has given up on the task.

How to completely remove Birthdays from Google Calendar >> Medium

Let Brendan Mulligan be your helpful source of future apologies.

How not to run an A/B test >> Evan Miller

Suppose your conversion rate is 50% and you want to test to see if a new logo gives you a conversion rate of more than 50% (or less). You stop the experiment as soon as there is 5% significance, or you call off the experiment after 150 observations. Now suppose your new logo actually does nothing. What percent of the time will your experiment wrongly find a significant result? No more than five percent, right? Maybe six percent, in light of the preceding analysis?

Try 26.1% – more than five times what you probably thought the significance level was.

From the Department of Culture, Media and Sport (via Culture minister Savid Javid):

Under the agreement all four of the mobile networks have collectively agreed to:

• a guaranteed £5bn investment programme to improve mobile infrastructure by 2017;
• guaranteed voice and text coverage from each operator across 90% of the UK geographic area by 2017, halving the areas currently blighted by patchy coverage as a result of partial ‘not-spots’;
• full coverage from all four mobile operators will increase from 69% to 85% of geographic areas by 2017;
• provide reliable signal strength for voice for each type of mobile service (whether 2G/3G/4G) – currently many consumers frequently lose signal or cannot get signal long enough to make a call; and
• make the deal legally binding by accepting amended licence conditions to reflect the agreement – it will be enforceable by Ofcom.

What’s odd about this is that the detail of the agreement hasn’t been published, and the problem of coverage tends to be on trains – these requirements could be fulfilled by sticking some mobile masts on the Scottish highlands, but wouldn’t solve many peoples’ problems.

Also, why is a culture minister prodding carriers? Shouldn’t it be the Department for Business, Innovation and Skills?

BlackBerry Classic review: the best BlackBerry ever made >> WSJ

Joanna Stern was a confirmed BlackBerry lover back in the day, and delights in the physical keyboard, trackpad, battery life, call quality, and email-to-calendar features. But:

while I’d love for all those great BlackBerry features to make a comeback, others simply feel out of date.

Calendar and email aside, other preloaded apps are slow and poorly designed. A Rand McNally map from the gas station is likely more up-to-date—and speedier—than BlackBerry’s own maps app. Not only did it struggle to help me find the closest Starbucks in New York City, but it lacks typical features like transit directions and 3-D map options.

That brings me to the terrible and confusing app situation. There are now two app stores preloaded on the Classic: Amazon’s App Store and BlackBerry World, which sounds like an amusement park I would have loved in 2008. While you can download Android apps from Amazon’s App Store, many big ones are missing—not just the Google family of apps, but also Uber and Instagram.

You can ignore BlackBerry’s warnings and load other Android apps manually, but it takes work.

So in that sense, it’s still like BlackBerrys from a few years ago – and the app gap is still one that is going to put the standard consumer off.

Highly recommended: Dieter Bohn’s great piece of review writing (which is actual writing as entertainment as well as information): BlackBerry Classic review at The Verge.

The results are quite interesting: it shows that the split android/iPhone happens more at a country/continent level than at a user level. USA, England, Japan are in their vast majority « iPhone users », while South America, Spain, Indonesia are much more Android focused. France is one of the few balanced countries.

In other words, seems another north vs. south split, or rich vs. poor (it seems for instance that some Brazilian big cities are iPhone users while the rest of the country is much more Android).

Dubious about this; Android has the majority smartphone installed base in pretty much every country. And geolocated tweets are a tiny part of the total; hard to tell if they’re represented proportionally.