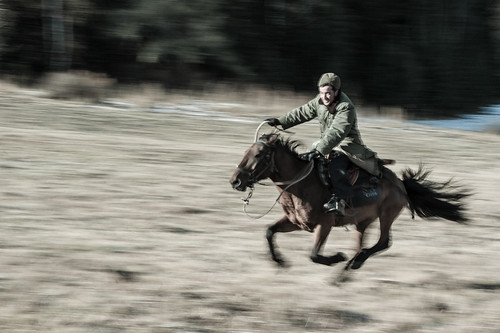 “Get me to the Alibaba bikini sale!” Photo from Xinjiang by Manal on Flickr.

A selection of 10 links for you. Come on, it’s Friday. I’m @charlesarthur on Twitter. Send me links or observations.

Spyware 2.0 is not cloak and dagger. It’s not hiding in the shadows; it’s hiding out in plain sight like some saccharine Ronald McDonald statue. Spyware 2.0 is all cute doodles and loveable dinosaurs. It’s all the colours of the rainbow. Spyware 2.0 is so damn adorable that you just want to hug it as tightly as you can and never let it go. Spyware 2.0 loves you like a kitten.

The only difference between Spyware 1.0 and Spyware 2.0 is that the purveyors of spyware in the Internet era are not doing it entirely in secret.

I say entirely because they are not completely transparent either.

“Join in and start today,” [German environment minister Peter] Altmaier writes in the introduction. He then turns to such everyday activities as baking and cooking. “Avoid preheating and utilize residual heat,” Altmaier advises. TV viewers can also save a lot of electricity, albeit at the expense of picture quality. “For instance, you can reduce brightness and contrast,” his booklet suggests.

Altmaier and others are on a mission to help people save money on their electricity bills, because they’re about to receive some bad news. The government predicts that the renewable energy surcharge added to every consumer’s electricity bill will increase from 5.3 cents today to between 6.2 and 6.5 cents per kilowatt hour – a 20% price hike.

Phasing out the nuclear plants (in reaction to Fukushima) turns out not to have been so smart.

Alibaba’s rival JD.com booked over 14m orders on Singles Day, using information on what shoppers are buying to make decisions on future inventory. “When you have a sale where you have 14m data points in a single day, that’s going to be extremely helpful to your strategy,” Josh Gartner, senior director of international communications at JD.com, told Quartz.

But data can also befuddle. JD.com found that iPhone 5 sales during Singles Day were nine to 10 times higher than usual. Gartner isn’t sure why. In 2012, Alibaba was surprised to find bikini sales on Singles Day were the highest in the landlocked western region of Xinjiang.

There’s an explanation, but you’ll have to read the article.

Uber’s Android app is not ‘literally malware’ >> The Next Web

Let’s nip this one in the bud: it’s incredibly unlikely that Uber’s app is any kind of malware, and from our investigations, the worries in the original post are unfounded. The majority of the permissions listed in the post that calls the company out for being too broad with permissions are required by Android to do many of the app’s basic functions.

Despite what some are claiming, there’s no evidence that Uber accesses any data on your phone other than that used explicitly for the purpose of getting you a ride, nor does it send any of your SMS’, images or other data off your phone.

There’s no reason for Uber to collect data beyond what it needs; it’s certainly not in the company’s best interest.

It’s just that standard Android permissions are so difficult to distinguish from malware, perhaps.

Merely being a monopoly is not a transgression, even in Europe. (It’s often a sign of natural success.) Rather, EU antitrust law applies when companies abuse their monopoly to manipulate markets around them unfairly.

On that measure, Google has more than qualified for scrutiny over the way it distorts markets that have nothing to do with search.

The best evidence for that came from Yelp and a coalition of companies it has formed who believe they are being screwed out of their natural, “organic” ranking in search results because Google simply dumps its own — often unhelpful — content on top of the “real” search ranking of which sites are best.

Yelp’s evidence was elegant and simple: It used Google’s own search API to create a browser extension that displayed Google search results without results that include promo boxes generated from Google+, the unpopular identity/social network product that Google launched to counter Facebook. The extension shows you the “real” result generated by Google’s algorithm, without the self-promotional fluff that Google layers on top of it.

The difference is alarming.

Meet Telecomix, the hackers bent on exposing those who censor and surveil the internet >> Forbes

As the globally-distributed hackers combed Syria’s networks and posted their findings in a crowd-sourced document, one American member of the group, who uses the handle Punkbob, spotted a Windows FTP server filled with data he recognized: logs from a Proxy SG 9000 appliance built  by the Sunnyvale, Calif.-based company Blue Coat Systems. In Punkbob’s day job at a Pentagon contractor, he says, the same equipment had been used to intercept traffic to filter and track staff behavior. The Syrian machine’s logs showed the Internet activity of thousands of users, connecting the sites they attempted to visit and every word of their communications with the IP addresses that pointed directly to their homes. In short, he had discovered American technology being used to help a brutal dictatorship spy on its citizens.

Microsoft is planning to detail the consumer features of Windows 10 at an event in January. While Microsoft will be present at the Consumer Electronics Show in early January, sources familiar with the company’s plans tell The Verge that Microsoft will hold a separate press event in late January to unveil the consumer preview of Windows 10. Microsoft previously promised “early 2015” for a discussion on consumer features, and it appears the company is on track.

I thought Microsoft had given up going to CES. Apparently there’s a new touch interface “dubbed Continuum” for switching between touch and non-touch environments.

Sarkeesian is the front-cover story (which is good). This part in the story seems telling:

The industry’s main trade group, the Entertainment Software Association, tries to emphasize how mainstream the industry is, even as many of the games themselves undermine its message. The ESA trumpets the fact that the proportion of women playing all video games—not just on Xbox-style consoles, but also on tablets and other devices—has grown to 45%, and that 51% of U.S. households own at least one video game console.

The range of games being produced overall has grown, with a far broader swath of the population engaging in online play as it’s become a fixture of smartphones and iPads. But a single hit console game, such as Call of Duty, can generate more than $1bn in revenue a year, and anything that might disturb that revenue stream presents obvious economic risk.

A clip from the latest instalment in the Grand Theft Auto franchise, produced by Rockstar Games, a subsidiary of Take-Two Interactive, features a first-person character who picks up a sickly looking hooker on the street, has sex with her in his car, then gets annoyed with her chattering and punches her in the face before running her over and driving away.

Films show bad things happening, and being done by people with bad intent too. But where are the romcom video games? As the article points out, it’s pretty rare to find strong women characters. And also:

At one point, Sarkeesian spent two days replaying every game to satisfy a hunch that first-person characters had the capacity to stare at the butts of female characters, but not at the backsides of men. She was right.

Europe gets [Android] One too >> CSS Insight blog

Karbonn’s Sparkle V runs Google’s Android One version of KitKat on a quad-core MediaTek 1.3 GHz processor. It has a 4.5in display, 1GB of RAM and 4GB of storage and a microSD slot. Android One devices have not been particularly popular in India, partly because of limited support by brick-and-mortar retailers, which have been reluctant to support such low-margin products.

But the real story here isn’t this particular device or the holiday price but rather Karbonn’s push into Western markets. While Karbonn already sells smartphones in countries outside India, including Bangladesh, Nepal and Sri Lanka, this is the company’s most ambitious market expansion yet. It’s too early to say if Karbonn can establish its brand in Europe. Its products are already available in Spain and an entry into the highly competitive UK market is a key step. In addition to Android phones, the company is also expected to sell Windows Phone devices.

Other Indian phone makers such as Micromax are certainly watching Karbonn’s European holiday push closely. The market is getting crowded and commoditised. Some established brands will have to pay the price.

This could cost brands such as HTC, Samsung and Sony some market share.

Given the market segment Karbonn is aiming it, seems more likely to hurt Samsung than either of the others, which are premium brands. But perhaps Android buyers are more price-sensitive than brand-sensitive?

Most motherboard players to focus on gross margins in 2015 >> Digitimes

Asustek’s annual motherboard shipments are expected to return back to 22m units in 2014, but the increased volume will come mainly from its competitors, especially second-tier players such as Micro-Star International (MSI), ASRock and Elitegroup Computer Systems (ECS), not growth in the overall motherboard market.

With motherboard demand from China expected to slow down in 2015, Gigabyte Technology has turned to focus on pushing high-end motherboards to maintain its profits.

ASRock has been impacted the most from the price competition in terms of both shipments and profitability. MSI’s gaming notebook business is expected to contribute strong profits in 2014, helping the company to cover its motherboard business’ decline. But for 2015, the two players will both stop pushing for shipments and will try to keep their businesses profitable.

However, China-based motherboard vendors are seeing their market shares shrinking rapidly. Large players such as Colorful, Onda and Maxsum are struggling to survive with profits sliding each year, while small players such as Jwele, Topstar, Jetway and M-One may soon be eliminated from the market.

I’m fascinated by the motherboard market; there’s hardly any information about quite where the products go (self-build? Repair? OEMs whose products are then counted by IDC and Gartner in the “Others” column of PC shipments?). But it’s clearly suffering a squeeze. Would love to know more about its distribution.