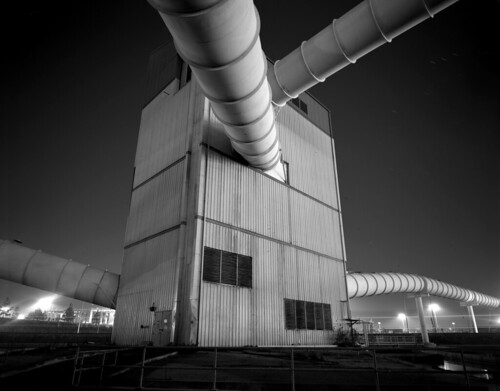 A selection of 9 links for you. Rub on exposed skin first. I’m charlesarthur on Twitter. Observations and links welcome.

Apps have never been more accessible, powerful, or affordable. But with the shift to mobile, they have also never been more incompatible, often locking our work, play, and precious moments in sandboxes surrounded by wide, deep moats of proprietary file types or a simple lack of an export option.

Take Evernote, for example. The Mac app has an export option, but I know of only a couple apps (like the Mac, but not iOS, version of Together) that could do anything with your data. The iOS apps have no such option, and I haven’t seen any competitors that offer their own import. Note: there are plenty of apps that build on top of Evernote. That’s different from a competitor that moves all your data away.

Or look at the export option at Facebook, a company that years ago went “mobile first”. You can’t export anything on mobile. But with an old ‘n busted computer, you can download most of your data and then… do what with it? Can you import your sub-140 character posts into Twitter? How about Tumblr? Is there a Facebook competitor, or even an app for regular people, that can do anything with this data?

Call it what you want—a technical oversight, lock-in by design, or something more generous or suspicious—but I believe it will become a real problem.

The “what would you want to do with it?” question is apposite. Much of what we do on mobile is ephemeral: messaging, commenting, viewing.

Transit info works well on a device that focuses attention on one thing at a time.

And where the transaction cost (ie hassle) of getting additional information is low (raise your wrist and swipe).

Good too for destination (getting off), departure and route info. Recall what Richard Gaywood said about his use of an LG Watch with Android Wear: transport info mattered.

In terms of building a web mapping application, it was a fairly simple task to load the OS Open River data via OpenLayers’ ability to load GeoJSON with ease. To load in the Environment Agency data some simple requests were made to the Beta API service to bring back a list of Monitoring Stations within a distance of a location, Flood Warnings (if any) for the area of Somerset, and a 3 Day Forecast (national) for floods. In the case of the Monitoring Stations and Flood Warnings further requests needed to be made to bring back the information for each individual warning or Monitoring station. This was a fairly simple process to build a loop to go and make the requests based off the data given in the original JSON response. Then it was just a case of working through those further responses to take the location data from the JSON and make OpenLayers vector features from them and add them to their respective layers.

Huge. This is the big win for Free Our Data – getting flood data.

He also shared a bit of information about battery life. Wearing the watch all day, he used it regularly to send messages and test his app, and he said the watch battery lasted all day with some to spare. He was really impressed and said, “When Apple says all day battery life, they mean it.”

Overall, the developer that we spoke with thought his time at the Apple WatchKit lab was an “inspirational experience” and in his opinion, Apple is on the right track with the Apple Watch.

Unsurprising that a developer would say this, but the battery life point is worth noting.

The charges stem from the agents’ role in one of the federal investigations into Silk Road; a separate Manhattan-based investigation ultimately led to the filing of charges against the website’s founder, Ross W. Ulbricht, who was convicted last month on numerous counts.

Mr. Force, while investigating Silk Road, “stole and converted to his own personal use a sizable amount of Bitcoins,” the digital currency that was used by buyers and sellers on the website and which he obtained in his undercover capacity, the complaint said.

“Rather than turning those Bitcoin over to the government, Force deposited them into his own personal accounts,” it added.

The complaint describes both former agents as members of a Baltimore-based task force that investigated Silk Road. The website had been the subject of investigations in several cities, including Chicago and New York.

The Baltimore investigation resulted in an indictment of Mr. Ulbricht on conspiracy and other charges, but that case has remained pending and the evidence in support of it was kept out of the New York trial, apparently because of the investigation into the agents.

How springs are made » Atomic Delights

Writing about the mobile app industry is a curious niche; you don’t actually have to understand download statistics, different product segments or other industry fundamentals. Unlike movies, fashion, cars or the book industry, you don’t have to focus on products that possess real consumer appeal. In the United States, app industry reporters can simply choose to cover an app their buddies claim is cool and then prioritize the 200th most popular app in the country over apps that have actual heft and significance.

The whole sordid Meerkat mess is an eerie echo of what happened with Secret, another failed social media app with incredible media coverage.

Soon after its launch in January 2014, Secret was pronounced the next huge social media app by a preening murder of California media crows. Hundreds of stories about the importance of Secret were published in February 2014. The app peaked at No. 130 on the U.S. iPhone download chart — and then it dropped out of the top 1000 by end of February.

It was an utter flop and all subsequent relaunches failed miserably. Yet it managed to raise nearly $9m in March despite the February collapse… and then another $25m the following July.

There’s a lot of truth in this: tech blogs/sites love to think that they’ve picked up on the Next Big Thing. But equally, shouldn’t they pick up on the things that are spiking? I think US tech journalism is pretty ill, though that’s not connected with getting VC money. (Well, not tightly connected.) Mull over this as we move to the next link…

Periscope won’t change the world, whatever journalists say » The Next Web

Last week, the arrival of Periscope kicked off a rash of ‘hot takes‘ on how live streaming is about to change news, change our lives, hell, change the whole goddamn world.

But it’s not going to. Certainly not in the hyperbole-drenched way “this will change everything!” people think. It will change the way a small subset of people do their jobs and put even more sources in front of the eyeballs of the world’s newsgatherers but it won’t change news. It definitely won’t change the world. The world changes more slowly than we like to think. It hops forward in fits and starts.

We need to start making a distinction between “news” and “source material” again. Some tweets aren’t news. They’re potential source material for news. A Vine clip is practically never news. As odd as it may sound, live video of a fire, an explosion or a protest isn’t the story, it’s a catalyst for a story. We need analysis and thought to be introduced before something become news. Just being present is not enough.

Publishers and adblockers are in a battle for online advertising » FT.com

Robert Cookson, noting that there are now 144m Adblock users (though some dispute that number, suggesting it’s too high):

“Ad blocking is beginning to have a material impact on publisher revenues,” says Mike Zaneis, general counsel at the Interactive Advertising Bureau, a US industry body whose members account for four-fifths of the country’s online advertising market.

“The free internet that consumers demand cannot coexist with the continued proliferation of ad blockers,” he says, adding that publishers are increasingly looking for “aggressive solutions”.
Andy Hart, head of Microsoft’s advertising business in Europe, says that the consumer backlash against online advertising stems from “really interruptive” ad formats such as pop-ups. The problem, he argues, is that ad-blockers are “a very blunt tool” as they tend to block all forms of advertising, including ads that “enhance the consumer experience”.

Trouble is that those 144m users are generally the ones who advertisers want to reach. AdBlock is a real and growing problem for publishers.