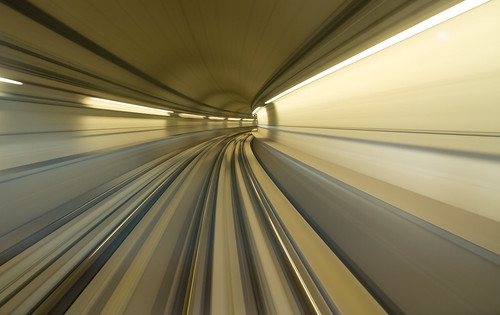 When asked if the car had windshield wipers, a Google employee replied, “Yes, but not on the windshield. They’re on our sensors—our car’s ‘eyes.'” Essentially, the Google car doesn’t have windshield wipers because it doesn’t need them.

Let that sink in for a second.

This brave new world of “cars” truly aren’t cars as we understand them. Yes, they have four wheels and take people from point A to point B, but the similarities end there. If humans don’t need to drive these cars, a very different approach to design is allowed.

Listened to John Gruber and Ben Thompson on the Talk Show earlier. Electric cars, one pointed out, are effectively computers on wheels; you no longer need expertise in pistons and cylinder heads to make a car. That changes the landscape.
link to this extract

How the Red Ring of Death problem happened » Business Insider

Robbie Bach, formerly of Microsoft, has written a book about his time there. Ben Gilbert picks up what happened that led to a billion-dollar cost:

With the Xbox 360, Microsoft took a design-first approach. Here’s how Bach describes it:

We started with design at the front of the process, and we said, ‘This has to be designed with a designer’s sensibility.’ So the enclosure work we did was done relatively early. Not locked in stone, but we have a shell under which we want to fit. So then the engineering team goes and puts things in the shell.

More clearly: Microsoft designed the look of the Xbox 360 and then figured out how to fit the console’s guts inside, which can be risky. Though game consoles are designed to be pretty enough for a living room home theater, their design is also based on heat management. These things are basically computers. If you pack a computer in a tight box, it will eventually overheat.

Worse, it might loosen parts of the system’s internals or cause other havoc.

Microsoft had run the console through various tests, from heat to longevity to cold to movement, and plenty of others, and the Red Ring of Death problem was apparently something they didn’t come across. It was only when consoles started coming in as returns that Microsoft began to see the scope of the issue.

“Design is how it works, not how it looks”, allegedly. Though Apple has had problems with iBooks in the past, where heat-related issues led to some failures. But not a billion dollars worth.
link to this extract

A group of MPs, primarily from Devon and Somerset in England’s South West, have established a new All-Party Parliamentary Group that will investigate the roll-out of superfast broadband (24Mbps+) services. The group also intends to “put pressure” on BT to stop the operators alleged “delaying antics” and be more transparent with their coverage plans.

It’s understood that the group’s formation was sparked last week after 50 MPs from the South West gathered to moan about progress in the Government’s Broadband Delivery UK programme, which aims to make fixed line superfast broadband services available to 95% of the UK by 2017/18.

The new group will be chaired by Ian Liddell-Grainger MP and has support from Rebecca Pow MP and Neil Parish MP among others. Unfortunately the Government’s register of APPG’s hasn’t been updated since March 2015 (here) and as such the details are still a bit thin on the ground.

Might there be some progress now MPs are about to come back into session?
link to this extract

At the IFA electronics show in Berlin this week, Samsung Electronics, Lenovo Group and Huawei unveiled updated watches with upgraded features like tap-to-pay and the ability to interact with other devices ranging from your cell phone to your thermostat to your minivan.

The stumbling block is that it will take several years before there are enough sensors in homes, businesses and vehicles to make it worth the trouble to strap on a smartwatch.

“For watches to become more popular and more mainstream, they have to deliver a number of capabilities to be relevant,” said Andy Griffiths, head of Samsung’s UK and Ireland division. “Our expected timeline is out to 2020.”

The researchers used metamaterials and metasurfaces to build the tunnel experimentally, so that the magnetic field from a source, such as a magnet or a an electromagnet, appears at the other end of the wormhole as an isolated magnetic monopole. This result is strange enough in itself, as magnetic monopoles – magnets with only one pole, whether north or south – do not exist in nature. The overall effect is that of a magnetic field that appears to travel from one point to another through a dimension that lies outside the conventional three dimensions.

The wormhole in this experiment is a sphere made of different layers: an external layer with a ferromagnetic surface, a second inner layer, made of superconducting material, and a ferromagnetic sheet rolled into a cylinder that crosses the sphere from one end to the other. The sphere is made in such a way as to be magnetically undetectable – invisible, in magnetic field terms – from the exterior.

The magnetic wormhole is an analogy of gravitational ones, as it “changes the topology of space, as if the inner region has been magnetically erased from space”, explains Àlvar Sánchez, the lead researcher.

That last sentence has a new use of the word “explains”. Potential applications already exist for MRIs etc.
link to this extract

That’s it, really. Code available on Github. Neat.
link to this extract

Huawei is the new Samsung » The Verge

As in it’s a “fast follower” (read: mimic), argues Vlad Savov. But he notes that it does it more subtly than Samsung did:

When Huawei takes risks on rumored new features, as it is doing with Force Touch, it does so in a limited manner. The Force Touch version of the Mate S will only be available in certain markets — mainly the ones where you can say “Force Touch” without being immediately slapped down by Apple’s lawyers — so whatever extra cost there is to adding it in can be borne even if it doesn’t stimulate any extra sales. But then, the Mate S has already stirred up hype and discussion by following Apple’s lead so closely and obviously. Even if you never buy a Force Touch Mate S, you’re now better aware of it because of that Apple analogy.

Samsung knew this better than anyone else: biting the heels of the top dog is a great way to get noticed. And if you happen to have a well-priced, technically appealing product, you can convert that hype into sales. Huawei has been chasing the hype with unquenchable thirst, and by grabbing all the best ideas it sees in the market, it’s been delivering those technically proficient devices to make it prosperous. It’s no accident that Huawei is the third-biggest smartphone vendor in the world. The Chinese company combines the best of what’s available and sells it at a lower price — which it can afford to do because it only needs to spend on engineering. The innovative ideas are already out there waiting to be plucked. It might not be fair, but it sure is effective.

The command creates a situation where, instead of asking for a user’s Keychain password, Keychain will prompt them to click an allow button instead. The two researchers then took their theory further and developed a proof-of-concept exploit that triggers the command and simulates a user mouse click in the exact location where the allow button would appear.

This process happens in milliseconds (less than 200ms to be exact), right in front of the user, who wouldn’t notice a thing.

“The ‘allow’ button appears 10% to the right of the centre of the screen and 7% below it,” Jebara said in an email.

“We noticed that the only issue that could affect the location of this ‘allow’ button is the size of the dock, so we also issue a command that hides the dock for 500ms in order for us to successfully press the ‘allow’ button.”

After the allow button is pressed, the password is intercepted and sent via SMS to the attacker’s phone. However, SMS could be replaced by any delivery system, including exfiltration to a C&C server, or it could be stored locally for later retrieval.

This seems to use the Accessibility API – but I didn’t think that was automatically enabled on OSX. A subtle and dangerous flaw.
link to this extract

the 4K is screen is, in my opinion, fairly useless for a number of reasons.
• First. In order to see the difference between this screen and a 1080p device the user will have to hold the device between 5-8 inches from his eyes. The viewing distance of most smartphones is around 9-12 inches meaning that in most use cases, users will not be able to tell the difference.
• Second. There is no content available for it meaning that everything has to be up-scaled by a graphics processor to display correctly on the screen. Historically, the Japanese companies have been by far the best at upscaling technologies, but there is still a significant risk that most content and apps will not display optimally.
• Third. Even compressed using VP9 or H.265, 4K video takes up far more space than 1080p and requires up to 4x the bandwidth to be transmitted.

Consequently, users will be able to store less content on their devices and incur up to 4x the cost and 4x the wait to view content that in most cases will look no better than 1080p.
However, despite the practical limitations of a 4K smartphone, it is well known that pointless gimmicks sell phones.

Not so sure about that last point. This is a classic spec-war move; Sony is constrained in what it can do with software, so it has a meaningless spec. (And there’s no suggestion so far of using it in VR, unlike the Note 4, though Sony does have a VR project called Morpheus.)
link to this extract

2 thoughts on “Start up: design for cars and Xbox 360s, the rural broadband row, is Huawei Samsung v2?, hacking OSX, and more”